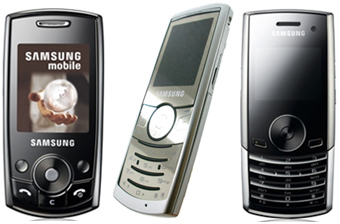 We’re not yet done with Samsung’s plethora of entry-level handsets, as the J700, J150 and L170 will surely appeal to some people doing a Google search on these rather budget models. Oh, hai, Google searchers!

The latter of the three pictured, the L170 is the priciest at €175, but contains the most impressive specs. Well, if a 2-megapixel camera impresses you, anyway. A 1.6″ display is one of the smallest of the show so far, and the 10.7mm thickness is fairly standard business.