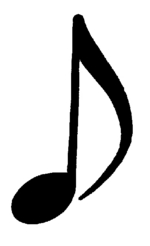 We’ve written about Total Music before – it’s an idea cooked up by record label Universal Music Group, which involves consumers getting music for free as part of an unlimited subscription, with the costs being footed by the manufacturers of mobile phones, MP3 players or ISPs.

However, according to music industry consultancy Music Ally, the idea may have run into an obstacle, in the shape of the US Department of Justice, which has reportedly served notices to Universal Music Group and partner label Sony BMG over potential anti-competitive practices – its fear being that Total Music is an example of the labels getting together to control digital music prices.

What does this mean for us music fans? Not much for now, since Total Music hasn’t actually launched. However, Nokia is already planning a similar model with its Comes With Music scheme – which won’t fall foul of the US government since it’s being run by a handset maker, not the record labels. It’s an area to watch, in any case.