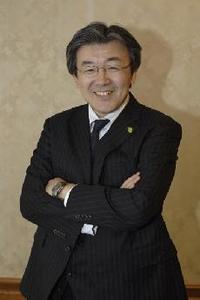 The high-definition war is all over bar the shouting (and trust me, the Blu-ray camp is doing plenty of that). At least, it’s over until Blu-ray comes up against digital distribution, which may wipe the smile off their faces.

In the meantime, Matsushita’s Masayuki Kozuka – a key figure behind Blu-ray – has given an interview giving his take on why Toshiba pulled out of HD DVD, and why that format ended up losing the war.

Factors include Blu-ray outselling HD DVD for the first time in the US at the end of 2007, Warner Bros’ defection to the Blu-ray camp just before CES, and rising sales of PS3 consoles. However, he thinks Toshiba’s own aggressive HD DVD sales tactics sealed the format’s fate.

“I guess what sealed Toshiba’s fate was its “$99″ pricing on Black Friday. That pricing must have discouraged every manufacturer from entering the HD DVD player market. I believe Chinese manufacturers’ entry to the US market was HD DVD supporters’ last hope. Given the market price at $99, however, it became impossible for any other manufacturer but Toshiba to enter the market.”

Kozuka reckons that in 2008, sales of Blu-ray recorders and players will top the 10 million mark, with 4-5 million of those coming from North America. He also tackles that issue of digital distribution head-on, calling it an “irrational argument” because networks aren’t up to mass distribution of HD movies yet.

Intriguingly, he reckons the movie studios are one of the main barriers to more digital distribution:

“For one thing, network distribution and packaged media belong to different business segments for movie companies. Movie companies earn income by showing movies at theaters first and then by selling them as home video packages including Blu-ray Disc titles. Only after gaining the majority of their sales through these two business channels do they offer their content to video-on-demand, pay-per-view and TV broadcast services.”

However, he admits that seven or eight years down the line, the industry may look very different.

Related posts
As expected, Microsoft confirms the discontinuation of the HD DVD add-on
LG staying with HD DVD to the VERY END – sticking with Blu-ray and HD DVD combo drives
Universal is today’s Blu-ray turncoat – HD DVD getting deader by the hour