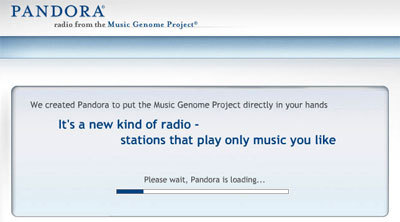 The traditional music business is on a downward slide, fearing new technology rather than embracing the opportunity it gives. As an example, see Pandora – a great opportunity to shift music. But guess what? It’s finally been blocked to all but US users.

Access was severely restricted last year, but the UK was left open as the company behind it worked on an agreement for a license fee for streaming in the UK. Sadly, this hasn’t been possible with both the PPL (which represents the record labels) and the MCPS/PRS Alliance (which represents music publishers) demanding a high fee per track, so a block of all UK IP addresses is now in place.

It’s a complete nonsense. Pandora introduced people to new music, streaming tracks (rather than offering downloads), with links to buy available for each album. Rather than looking at the bigger picture of encouraging sales and bringing in new buyers, the old guard now have no royalties coming in, one less opportunity to sell their music and as a knock-on effect, probably less of an income to share round.