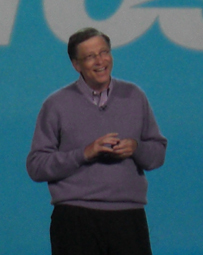 It may not be the integrated HD DVD Xbox 360 Microsoft fanboys were holding out for, but it’s nonetheless something people in Britain especially have been expecting.

It came right from the mouth of Bill Gates at Sunday’s keynotes speech, so you can take this as gospel. The MP3 player which Robbie Bach, President of the Entertainment & Devices Division, claims is the “clear alternative to the iPod” will be swinging worldwide-way in Spring of this year, with Canada slated first. THAT’S JUST TWO MONTHS!