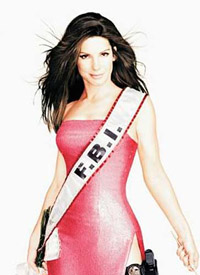 If you’re a bit disappointed by the 24 slightly old movies that’ve just gone up on the new UK Xbox Live Video Store today, don’t cry about it – Warner will be coming to the rescue of film fans before the end of the year.

Specifically, Warner’s said Batman Begins will be up before 2008, with the older Batman Forever and the horrifying Batman & Robin, Analyze That and – yes! – Miss Congeniality also appearing on Xbox Live before you have to go back to work in the New Year. Hopefully this means other movie companies will sign up and regularly update the list of available films on 360’s Video Store, as there’s very little to watch up there right now.

Pricing for the online movies starts at 250 points for something rubbish and old from the 1980s like Risky Business in standard definition, increasing to 540 points if you want to spend quite a while downloading the 6.9GB HD version of 70s serial killer film Zodiac. You ‘d better not be on a capped internet service if you’re planning to watch some HD movies tonight…

Although with Xbox 360 now able to stream and play vast piles of pirated material thanks to getting DivX support in its last dash update, surely the more tech-aware 360 owners will be sticking to using Bittorrent for their movie releases?