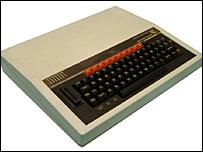 Last year, Jonathan Ive received one for the iPod and iMac.

This year, Steve Furber, from the University of Manchester, was made a Commander of the Order of the British Empire (CBE) for his services to computer science, which included his work at the Acorn computer company.

Yes, the “classic” BBC Micro computer that you probably enjoyed using at school (1.5 million were sold, so it was hard to avoid them) was designed by Steve. Thanks.

Seriously, though, he also helped to develop the ARM processor, first manufactured in 1985, and now widely used in mobile electronics devices.

“I’ve been fortunate to be in the right place at the right time to do something interesting and have also been surrounded by very good people,” he told BBC News.