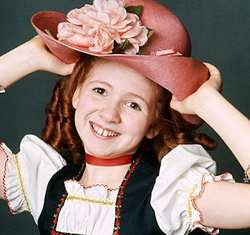 Despite the music industry’s crackdown on illegal P2P file-sharing, there’s still a lot of people doing it – and many of them are kids. So why haven’t they been put off by the legal threats? TorrentFreak decided to ask one, a nine year-old girl called ‘Hannah’ (not her real name, and no, that’s not her in the picture).

She thinks LimeWire is cool because “you can put anything in and it will come up and you don’t actually pay for it”, and when asked about whether she sees it as breaking the law, replies: “Why would they put it [music] on the internet and invent mp3 players if it was against the law?”

The best comment comes where she’s asked if she knows what a pirate is: “They have parrots”. It’s a marvellous read, but there’s a serious point too: the music industry clearly has work to do if it’s to stem the popularity of file-sharing among children, and presumably awareness among their parents.