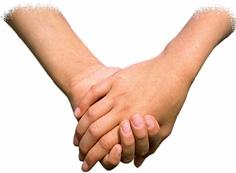 Now this is the panel we’ve all been waiting for! Featuring Meg Pickard from The Guardian, Corey Bridges the Co-founder of The Multiverse Network, Aleks Krotoski from The Guardian Games Blog, Cory Doctorow from Boing Boing, and Giff Constable from the software business unit at the Electric Sheep company.

First question out of the gate is whether social networking sites are any different to virtual worlds. Meg Pickard claims that it’s pretty much the same thing, “they’re exploring, they’re creating, they’re dominating or trying to succeed”, and above all, engaging with other users or friends.

Giff Constable believes this is going to change, however, and said that we’re going to see more real-world connections being maintained. It appears Corey Bridges, from The Multiverse Network wants to stir the pot a bit, and thinks the two worlds, both virtual and real, can be combined seamlessly.

The last panel member, to put his two pence worth in on this question, is Cory Doctorow, who mentions the differences in social relationships and real relationships, using Facebook’s top friends application as an example, saying we’re not likely to tell our friends in real life that they’re our first best friend, you’re my second, etc…

He also claims that due to being tracked down on social networks by unwanted friends, we tend to merge between sites, and aren’t particularly loyal to one site. However when gaming, if you do own virtual goods in one game, it’s much harder to transfer to another game, thus making people more loyal, perhaps.

Aleks points out that when it boils down to it, we all want to show off when playing games, or using social networking sites. Whether that be through boasting about last night’s activities in your Facebook status update, or decking yourself out in Armani clothing in Second Life, it’s all the same thing really, showing off, and that’s what drives us to continue using these forums for interacting with people.

Corey Bridges adds that there are a lot of boring worlds out there, that not many people inhabit. Users are fickle, and will move on if they’re not tempted by gameplay. Obviously he has a vested interest in this, with his company creating virtual worlds, or adding to them, for people, for free.

Giff Constable asks the panel whether they think social networking sites are as important to high school and university students as virtual worlds. Meg Pickard believes they’re both important, as they’ve got the time, and are wanting to express their personalities to their social circle. It’s also yet another way to acquire status through socialising online.

Having a social networking site, or virtual world which can fit around your schedule is highly important, states Cory Doctorow, particularly for people in their 20s or 30s or are flat-out busy, so something which can be picked up easily is needed. Plus, it’s all about migration – users tend to go where their friends are, and as Aleks Krotoski explains, if someone’s friends are on Facebook, they’re not likely to waste time on WoW, as their friends aren’t there. We don’t stray far from the flock, so the larger the site gets, the more people stick to it, as that’s where their friends are collected.

Having different identities online is important, argues Aleks, as it’s necessary you control your identity online, adapting it for friends’ eyes only, and for colleagues’ eyes only. Having both areas of life gathered as one is dangerous, and not recommended.