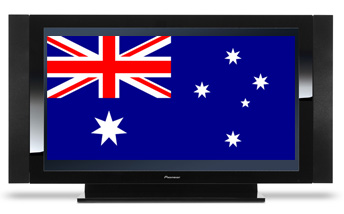 Like we can afford Plasmas anyway, why do you think I moved to England, a land where consumer electronics are so much more affordable than down under?

According to the ABC, the Australian government has announced they’ll be banning the sales of Plasmas, and even some LCD screens, due to their energy-guzzling nature. A new engery rating system based on six stars (already seen on fridges and whitegoods there) will be introduced, and the majority of screens within the country wouldn’t meet requirements so would face The Big Ban. The ban will take place before 2011, but hopefully by then more engery-efficient screens, such as OLEDs or SEDs will be more abundant, and affordable.

Pretty shocking that Australia might be the first country to ban Plasmas from being sold, when the screens cost so much there anyway so barely anyone can afford one to begin with. Adding to my bewilderment over this proposed ban is that other eco-friendly initiatives, such as recycling, have hardly made an impact, with towns offering recycling depots as common as an Aussie who doesn’t like Vegemite.