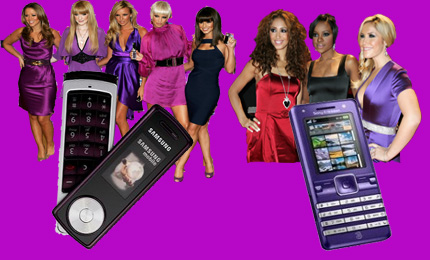 You may’ve heard there’s a battle going on over here in the UK. Forget the rugby, the format wars, and the oft-rumoured general election, it’s something far more important. Purple mobile phones. Girl bands. Oh yes, our country has a civil war going on, and it sure is…pretty?

Last Wednesday one of the country’s largest girl bands, Girls Aloud, launched the Samsung F210 Purple, a model exclusive to Phones 4 U. Now this Wednesday, just seven days later, will see their biggest rival girl-band, Sugababes, launch the K770i Purple with Sony Ericsson. Has London been gripped with Purple Power, now that Prince has packed his bags and left the country after 21 sell-out shows?

It sure will be interesting to see which purple phone will conquer the market here in Britain, especially with the constant rumours about rivalry between the two bands. Take a look under the jump, where I pit the K770i against the F210. Who will win this diva-studded war? Only the specs will say… 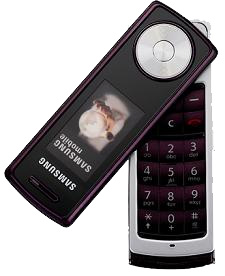 Appearance: Ultra compact with an extra-feminine lipstick shape, and a navigation wheel for easy access to music. The shade of purple is a mauve, deep grey-purple, not very appealing to the young demographic they’re targeting.

Extras: Comes with limited edition Girls Aloud 1GB memory card loaded with new single ‘Sexy No No No!’ videos, music and other exclusive bits and bobs.

Available: Now, exclusive to retailer Phones 4 U, who are offering it on Orange, with plans starting at £35, or PAYG with Vodafone and O2 for £129.95.

Girl band: Girls Aloud, who have had four albums, with the fifth on the way before Christmas. The five-piece has had a huge amount of success, with 17 top ten hits. Renowned for their boozing, hard partying ways, they’re always compared to the Sugababes, who have had more commercial success, however Girls Aloud always seems to be more popular in whatever office/club/group of friends you enter. 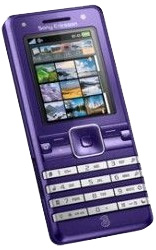 Extras: None that we’ve heard of so far.

Available: Available now on network 3, with plans starting from £15 per month.

Girl band: Sugababes, a perpetually member-changing band currently with three members. They hold a BRIT award for being the ‘Most Successful Female Act of the 21st Century’, and of the five albums and eighteen singles they’ve released, six have reached number one in the UK.

Tech Digest winner in the Battle Of The Purple Mobiles
Psssf, as if you need to ask. It’s the Sony Ericsson K770i, of course. When it’s the only phone seriously laden with all the specs you can shake a stick at, it’s a no-brainer. Ok, so the F210 from Samsung may come with 1GB of internal memory and stereo speakers, but when compared with the 3G internet access the K770i has, plus 3.2-megapixel camera, there’s just no contest.

We would’ve liked to have seen Girls Aloud win the war, but when it boils down to the truth, it’s not as though either band is gracing our iTunes playlists, we all have better taste than that. Right? Right!? Oh, ok, the song both bands did for the charity Comic Relief last year was ok, I’ll grudgingly give you that one…