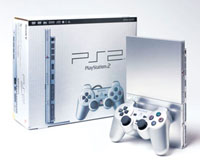 SEGA’s American boss Simon Jeffrey has highlighted the importance of Sony’s world-beating PS2, by suggesting the console will hang around for years – and deserves more support from big name games.

“This generation of hardware will have longer legs than any previous generation, and that’s definitely healthy for the industry,” he pointed out, confirming that SEGA will continue to support PS2, as the cheaper console launches in new ‘world markets’ and expands on its already gigantic global userbase.

And it’s not that difficult an assumption to make, what with cheap and cheerful PlayStation2 regularly outselling Sony’s massively expensive new PS3. PS2 games are cheaper to make and there are more people to buy them. That’s A-Level Business Studies common sense stuff.