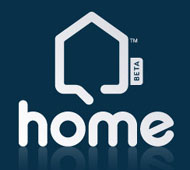 Home, the sort-of Second Life online world for PlayStation3, has had its launch delayed until “Spring 2008,” according to Sony’s Japanese boss Kaz Hirai.

It’s an odd move – the beta test of Home has been running for months, and the leaked news and images of the online lobby and chat system have all been quite positive. The delay will infuriate (and possibly lead to the suicide of) PS3’s few remaining fans, who believe Home is one of the things that could help the struggling console pull though in the face of Wii and Xbox 360’s popularity.

The other disappointing Sony news to come out of the Tokyo Game Show is the lack of a PS3 price cut. There isn’t going to be a price cut. Most gamers and industry nuts firmly believe the only way PS3 can survive is if that whopping price tag gets hacked down a bit.

It looks like Sony is writing off 2007 and battening down the hatches until 2008. This Christmas now belongs to Nintendo and Microsoft.