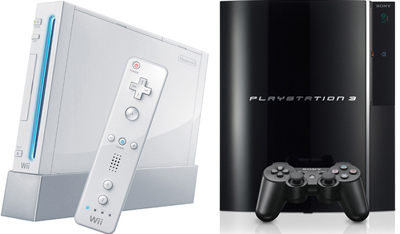 More proof that statistics can be used to prove pretty much any view you like. There’ve been several reports on how Wii and PS3 are doing in Japan this week, yet with two considerably different spins on their respective fortunes.

But hang on a minute. A seperate report from Gamesindustry.biz points out that in the last week of July, Sony sold 28,829 PS3s – double the previous week – while sales of Wii actually dropped in that period. Although it still sold 77,000 units in that last week – that’s not quite three times PS3’s total, so the gap is narrowing. Wii’s rubbish, eh?

Like I said, you can prove anything with statistics.

(via I4U News and Gamesindustry.biz)