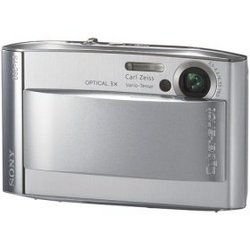 It’s not been the best of years for Sony in terms of health scares, what with numerous exploding battery incidents denting the company’s reputation for not injuring people.

And now it’s taken another knock, with the news that Sony is recalling 350,000 digital cameras, after incidents involving peeling and warping metal coating on the bottom of the Cyber-shot DSC-T5, which could cause cuts or scratches to users.

Don’t worry Brits, there’s no chance of you getting scratched and suing Sony for every penny it owns (or at least a free PS3) – the cameras were only sold in the US and Japan. It’s lucky Sony doesn’t sell its AIBO robodogs any more – if it did, it’d be a matter of time before a lawsuit involving some kind of nasty biting incident.