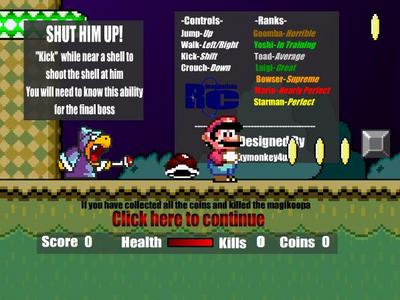 This would’ve gone in this week’s Top 5 Facebook applications, but there’s a few user comments about it not working, so I erred on the side of caution. But still, the news that developer Kevin Owocki has turned Super Mario into a Facebook game is worth covering.

It promises to have you jumping on goombas, kicking shells and picking up coins to boost your score, just like the original platform games. So far, it’s signed up over a thousand users on Facebook. However, the feedback indicates there are teething problems, with people complaining that the controls are buggy when they try to play it (and we found the same).

What Nintendo will think of the app is anyone’s guess too – they tend to take a stern attitude towards their IP being used without permission. But it’s made me think: wouldn’t it be great if Nintendo and its fellow game developers did turn their retro classics into Facebook games…