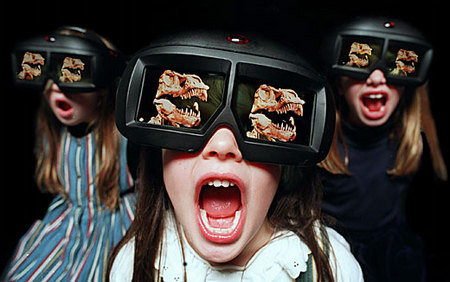 Mitsubishi is developing a Blu-ray player which can output 3D versions of your existing two-dimensional movies “on the fly”, outputting to any 120Hz-capable high definition TV.

They claim that they’ve come up with a technique which can convert each frame of a regular movie on Blu-ray disc into two separate frames, each slightly different, in order to generate the 3D effect. These two frames are sent alternately to the 120Hz set, effectively as two 60Hz feeds. How it handles 24fps films is anyone’s guess.

Anyway, it appears you still have to wear silly glasses to get the effect, unlike developing technology from Philips to create 3D HDTV that doesn’t.

We’ll know early next year how good this automated conversion is, and whether it’s worth suffering the indignity of goggles to watch.