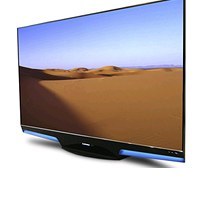 Laser TVs? They’ve been promised for a couple of years now, but we’re still waiting for someone to show one off. Well, that wait could soon be over – with Mitsubishi going on the record about its plans for the technology.

Speaking to the New York Times, Frank DeMartin, vice president for marketing and product development at Mitsubishi Digital Electronics America said that the company will show a large-screen laser TV at CES 2008. Which means they could become a retail reality later that year (but more likely, the year after).

The benefits of a Laser TV are bright and deep images played on a large, thin and lightweight screen, which are also cheaper to make than plasmas. Although that’s unlikely to be a saving early adopters will see. More news on this as we get it.