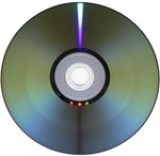 According to research from Video Business, the combined sales of Blu-ray and HD DVD high definition discs was greater than that of VHS cassettes sold in the first half of 2007.

Although standard definition DVD sales also slumped by around 5% in the same period, due mainly to a weak bunch of new releases, the dominant disc format is hardly challenged by these findings.

Sales of pre-recorded video tapes are all but non-existent now, with most consumers preferring the greater convenience, features, quality, and smaller form factor of DVDs.

The thinking, however, is that retailers’ shelf space will be more readily available for the high definition disc formats without clunky tapes taking the space, and if a decline in DVD sales continues.

Though sales of high definition discs are picking up — Warner’s “300” is the highest selling high definition disc to date, shifting 250,000 copies in less than a month — the numbers are still pretty low and we’re still mainly in “early adopter” territory, to the point that fanboy tactics can quite easily influence the charts.