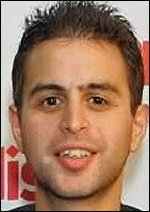 Two days into the week and TWO Facebook security threats appear. The first in The Guardian on Monday warned secret code from FB’s inner-workings had been published on the internet prompting warnings of a security risk for users. Boring! Code, schmode, it’s far too technical.

But then this piece of wonder appeared today in The Times and it’s far more worrying, not least because everyone I know does it – and also because it involves a frog!

Freddi Staur is a cute green frog who has stolen email addresses and mobile phone numbers from users on the social network website – in an experiment to show how easily people give out their personal information to strangers.

The creature – whose name is an anagram of ID Fraudster – tried to befriend 200 people on the massively-popular site in a spoof by virus busters Sophos. What it proved was how lax surfers are with details that could be used to steal their identity.

The firm found 41 per cent of those contacted were happy to divulge private email addresses, their date of birth and frighteningly their phone number to someone they had never ever met in the real world. And we’ve all been there and done it.

Now I’m quite careful with Facebook, I have my email address on there but that’s about it. However, take a quick search through my friends and you’ll find many have their mobile numbers listed putting them at prey to text spam. I’ve even seen people listing their home address and if you ask me (which to be fair, I’m not sure you did) they deserve to be ripped off if they’re being so stupid. 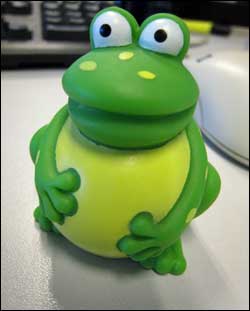 As for those who thought it’d be kind of fun to make a fictitious frog their friend, well they must be a bit green around the gills now.

Facebook profiles do include stringent privacy settings that can be adjusted by each individual user to limit what information can be seen by strangers. So why do so many of us not use them?

Do people not know they are there, can we not work out how to tick a few boxes, or are we – as Sophos expert Graham Cluley suggests – simply so obsessed with the site that we don’t think clearly as we would in the real world.

He’s certainly got a point and I’m as guilty as anyone when it comes to wasting precious minutes and hours doing nothing on there. He said: “It’s important to remember that Facebook’s privacy features go far beyond those of many competing social networking sites. This is about the human factor – people undoing all that good work through carelessness and being preoccupied with the kudos of having more Facebook friends than their peers.”

Very true, I have more than 400 now, a fact I am rather proud of. But I don’t add randoms, no matter what my jealous friends claim, and I certainly wouldn’t add a frog or silly celebrities you will never have anything to do with in REAL LIFE. Go down that path and Facebook slowly turns into MySpace and who wants that.

And if a frog found 80-odd people from 200 willing to fess up with their privates then it’s surely a drop in the ocean when you think worldwide FB has 34 MILLION members – nearly four million in Britain. He found date of births, email addresses, instant messaging names, and even one guy’s mother’s maiden name a key piece of information used by banks and credit card companies during telephone security checks.

As Mr Cluley says: “Freddi may look like a happy green frog that just wants to be friends, but actually he’s happy because he’s just encouraged 82 users to hand over their personal details on a plate. This gives cybercriminals many of the building blocks they need to spoof identities, to gain access to online user accounts, or potentially infiltrate an employers’ computer networks.

“Most people wouldn’t give out their details to a stranger in the street, or even respond to a spam email, yet several of the users Freddi contacted went so far as to make him one of their ‘top friends’. What’s worrying is how easy it was for Freddi to go about his business. He now has enough information to create phishing emails or malware specifically targeted at individual users or businesses, to guess their passwords, impersonate them or even stalk them.”

Mind you, surely these fools would be clever enough to spot a stalking frog following them down the street like James Pond – although, on this basis, maybe they really are too stupid to notice!

Jonathan Weinberg is a journalist who used to work full-time at The Sun but now spends his days hunting for techno tadpoles.