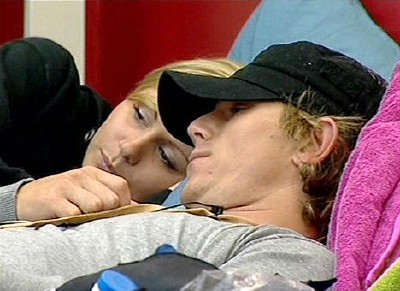 We’re several weeks into the new series of Big Brother here in the UK, and already the housemates have reached the ‘shouting on endlessly about pointless arguments that really don’t matter’ stage. In fact, they’ve been there from about Day Five.

Meanwhile, over in the US, tonight sees the premiere of Big Brother 8, with their own house full of housemates who are guaranteed to be a.) better looking, b.) more prone to psychobabble, and c.) EVEN thicker than their British equivalents. And that’s quite an achievement.

Big Brother has always been fairly tech-savvy, with text voting and live web streaming. But what it needs now is a Web 2.0 twist. Here’s five possible ways:

1. Give every housemate a Justin.tv-style webcam-helmet, that streams live footage from their point of view 24/7. Sure to draw an even bigger audience for those under-the-duvet fumbling episodes.

2. Choose housemates based on MySpace popularity. Admittedly, this would result in a house full of glamour models trying to promote their nascent music careers by prancing about in hotpants, but… Actually, I can’t think of a downside to that.

3. Only allow housemates to communicate with Big Brother using a proprietary instant messaging client. In l33t-speak.

4. Forget nominations and audience voting. Put all the housemates up for sale on eBay, and every week whoever’s fetching the lowest price gets booted out of the house (and shipped to whichever dribbling stalker had the highest bid, to become their gimp).

5. Turn the whole shebang into a Facebook application. Everyone else seems to be doing it, so why can’t Big Brother? *adopts Geordie voice* “Day 47 in the Big Brother House. Ziggy has poked Chanelle…”