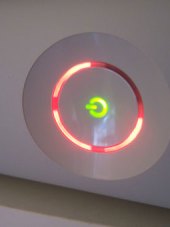 A survey of retailers has found that as many as 30 percent of all Xbox 360s are being returned for repair. This goes against Microsoft’s assertion that Xbox 360 is well within standard industry failure rates of 3 – 5 percent.

Microsoft regularly denies there’s any sort of problem with Xbox 360 whenever the issue is raised, but the mass of anecdotal evidence from buyers and shop owners would suggest there’s definitely something a bit wrong with its insides.

It’s been left down to console owners to figure out what the problem is, with most tech-minded gamers believing the heat Xbox 360 generates is melting and loosening chip connectors within the console.

It’s not so much the breaking that’s the problem – it’s Microsoft charging owners a massive £80 to fix the things once they’re out of warranty, creating a double-whammy of customer rage.