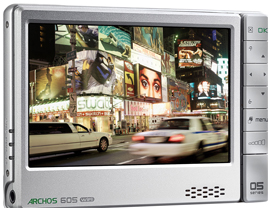 Archos has unveiled its new line of personal media players, dubbed Generation 5. It includes three new PMPs, the 405, 605 and 705, which for the first time will support Flash-based video from YouTube and other online video-sharing sites.

The three PMPs also have built-in Wi-Fi, to attract people keen to stream media around their homes, including films and music from their PCs, as well as surfing the Web. The new players will also be able to connect to TVs using Archos’ DVR Station accessory, meaning users will be able to watch downloaded movies on their big screen. 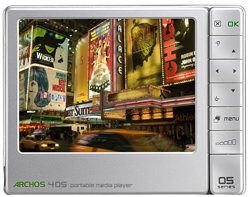 The third model is the 705, which will be available in 80GB and 160GB options, with a huge 7″ screen. Archos hasn’t said how much this PMP will cost, but watch this space for more details.

All three models in the Generation 5 line are to be released in August, however we’re getting a review sample next week, so expect a video review shortly.