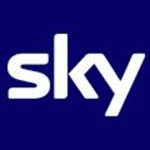 Sky have announced that they’re planning to launch a new subscription service on Freeview this summer. Replacing the existing free channels Sky Three, Sky News, and Sky Sports, the new pay-channel will offer a range of content including live coverage from the Premiership, other sporting events, movies, news, and no doubt a taste of Sky’s other hit programmes.

Between 1998 and 2002 Sky made a selection of their programming available on digital terrestrial TV, but since the rise in popularity of Freeview, they obviously feel they need to show some of their wares off, in a bid to entice terrestrial viewers into investing in a Sky subscription.

It’s interesting that the announcement comes on the day that Virgin Media launches, and whilst it’s not a huge move, it does prove that Sky aren’t resting when it comes to finding new ways of getting subscribers (and the cash) rolling in. Freeview is immensely popular, though I’m not sure how many people use the top-up services.

A possible barrier is that anyone interested in the service will need a new set-top box that includes the relevant secure conditional access system and an MPEG4 decoder. It might deter the casual punter, who might use Top-up TV once or twice because it’s available on the same box, but won’t want to shell out on a new one for Sky’s subscription service.

Just to round things off, the service launch is still subject to approval by Ofcom, but I doubt Sky will have a problem here.