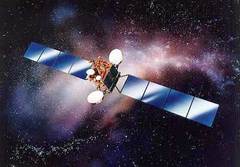 Though the development may not be of enormous benefit to those in the UK struggling to get a fixed broadband connection, the European satellite operator Eutelsat has announced that it will be launching a satellite-based broadband service in June this year.

Designed to reach populations where traditional broadband is not economically viable for national telecoms companies, the service will cost much the same per subscriber. However, it sounds as if its ‘comprehensive coverage’ is limited to central and southern Europe, with countries including Germany, Portugal, Spain, and Switzerland.

The service has been developed with Viasat and broadband operator Skylogic, and utilise Eutelsat’s Hot Bird 6 satellite for transmitting data. A central hub will be based in Turin.