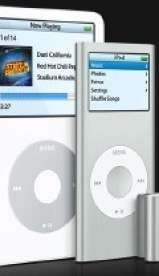 Wow, here’s something we didn’t know already – us Brits are being ripped off by gadget makers who charge higher prices here than anywhere else.

According to the Evening Standard, we’re being charged hundreds of pounds more for computers, games consoles, and other gadgetry than the US.

“This has been going on for years in the electronics industry and there is no question that consumers are being ripped off here. The question is whether it is happening deliberately or not. I think it is something the Office of Fair Trading should be more active on.” said Liberal Democrat Treasury spokesman Vincent Cable.

This is Money has published a chart comparing a few goods, and it makes for uncomfortable reading for anyone who enjoys keeping hold of their hard earned cash.

Of course, exchange rates have a small impact on this price comparison, given the strength of the pound to the dollar at present, but not this much. There’s little doubt we’re being ripped off.

Quite what we’re supposed to do about it is another matter. Though the exchange rate is good, it’s not always practical to buy from abroad. Maybe we should bring back the traditional art of haggling?

One thought on “Britons being ripped off by gadget firms”