Speaking at the IEA’s Future of Broadcasting event in London, Larcher confirmed that the collapse of Project Kangaroo had opened up some possibilities for Hulu.

It is reported that there are still a few stumbling blocks, in terms of advertising control, that need to be overcome before a UK launch is officially announced. A September launch had been touted although it’s not clear if this is still achievable.

When it does arrive, however, expect the service to look somewhat different from its American counterpart. Larcher said: “We will localise our model so we are not perceived as a US company.”

Let’s hope we still get plenty of US content though. I’d take Family Guy and CSI over My Family and Hetty Wainwright Investigates any day of the week.

The British camping season is now truly upon us, offering inexpensive holidays under canvas.

Here are 25 bits of kit that will make your life a lot easier, whether you’re cooking, foraging, hiking, or relaxing under the stars.

It goes without saying that you’ll need a decent tent if you’re planning on sleeping in a field.

My personal favourites are Khyam tents. They come in a wide range of sizes and styles and are generally quick and easy to erect. You may pay a bit more but you can usually find them on special offer, and they’ll last a long time…

At last, the long awaited contract-free iPhone 3G has been announced* by O2. We’ve been expecting it for some time, and indeed O2’s help pages have been geared up for PAYG queries since the pay monthly version launched.

If you’ve got a spare £349.99 lying around, then in just over two weeks time you’ll be able to slap it down on an O2 store counter and say “Give me the Pay As You Go 8GB iPhone please”.

For an extra fifty quid, you can get the 16GB model.

Yes, you’ll be able to do exactly the same at The Carphone Warehouse too… 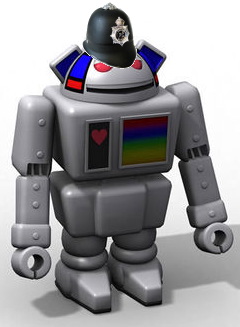 The top bod studying artificial intelligence and robotics believes that we could have robot security guards, autonomous police cars, and humanoid traffic wardens patrolling Britain’s streets within the next 75 years.

Professor Noel Sharkey of the University of Sheffield has been studying the evolution of robots and how they’ll be increasingly used in modern society.

Robots will have access to integrated databases of information on Brits’ bank accounts, tax, vehicles, shopping history, criminal records, and even what they’re doing. This would then allow them to identify who people are (accurately, hopefully)… 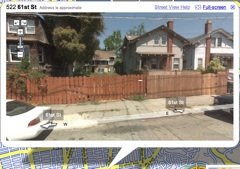 Google would like to bring Street View maps to the UK, according to an enthusiastic spokesperson at the company, but their keenness has been overshadowed by privacy concerns… 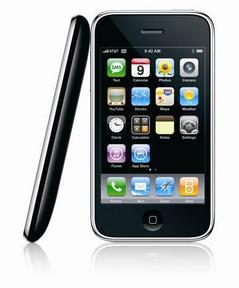 According to inside sources in the mobile retail industry, Apple is planning to limit sales of the iPhone 3G in the UK because it’s pissed off (that’s the technical term, you understand) with Brits unlocking and doing naughty things with it.

Statistics suggest that only 15% (that’s around one in six) of the first generation iPhones sold in the UK were activated for use on the O2 network. The rest were either unlocked for use on other British networks or were sold on abroad…

With the UK’s mobile network operators likely to be forced to cut termination charges and roaming costs, they could try to recoup some cash by charging their customers to receive, as well as make, phone calls.

Many US consumers already pay to receive calls on their mobile phones, though the overall operating cost of a cell phone in the States is, generally, significantly cheaper than in Britain…

O2 has announced initial pricing details for the iPhone 3G, and it’s all looking good.

Look, there’s a new £30 per month tariff — that’s £5 cheaper than before. It’s pretty stingy on minutes and texts, but if you’re getting the iPhone primarily for surfing, you won’t care. 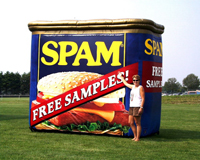 A number of email spammers couldn’t be bothered to do basic research on a British colloquialism, and tried to fool users into thinking they’d won a “Postcode Lottery”.

The email claims, “Winner We bring to your notice the winning letter from Nationale Postcode Lottery {United Kingdom Promotion Company} held on the 8th of May, 2008 through Internet ballot System among 10,000 Microsoft users.”… 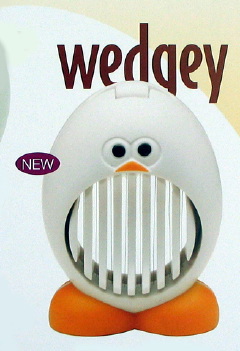 Brits by a lot of crap gadgets, it seems, if the results of a recent survey by the independent review site Reevoo is anything to go by.

The worst product of all time is the electric nail file — something I’ve never had cause to use — which is supposed to offer professional results but seemingly doesn’t.

Laser-guided scissors are rubbish because the laser is attached to the scissors (I suppose it would be) so is no good for those with shaky hands.

When is a candle not a candle? When it’s a pathetic electric candle, apparently, which came in at third place. Honestly, who doesn’t love real candles and the genuine risk of burning your house down?…