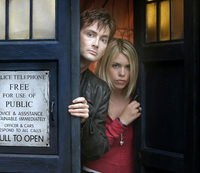 Project Kangaroo, the planned online telly service that would’ve combined BBC, ITV and Channel 4 content on one handy site for your viewing pleasure, has been binned.

The EVIL denier of free TV is the Competition Commission which has, incredibly, decided that it would be unfair of the Beeb, ITV and C4 to team up as this might damage rival commercial companies that operating in the same “space” – despite the fact that the rival commercial companies routinely allow their users to steal BBC’s, ITV’s and Channel 4’s content, whack their own advertising over it and pass it off as their own…

“The real losers from this decision are British consumers,” the Project Kangaroo triumvirate said in a sadness-tinged statement. “This is a disproportionate remedy and a missed opportunity in the further development of British broadcasting.”

Shocking news indeed. So it’s back to the Holy Trinity of online telly, then – iPlayer, Bittorrent and low-grade YouTube clips. Perhaps this will at least encourage Channel 4 to make 4OD actually work.