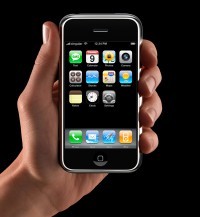 Whilst the coming iPhone may be an impressive, if expensive, iPod-capable mobile phone, it’s not a smartphone – no matter what Steve Jobs says. That’s according to analysts at ABI Research.

ABI Research’s definition of a smartphone is a cellular handset using an open, commercial operating system that supports third-party applications.

The main reason for this conclusion is that the iPhone is locked down to developers. Though it will sport a version of OS X, it almost certainly won’t be freely opened up to third-party software developers, and that’s the problem.

The iPhone is a ‘feature phone’, not a smartphone: “Feature phones have third-party applications too, but these are relatively weak and limited applications that work with the middleware such as Java and Brew,” said Philip Solis, principal mobile broadband analyst.

Stuart Carlaw, wireless research director, added, “Apple must get the phone engineering part of the equation right, and it is difficult to see how it will accomplish this with no track record in the industry.”

Does it matter? It’s only one opinion, and there are still sure to be plenty of people who want to get their hands on the iPhone.

Related stories: Apple iPhone: The full specifications | Nokia responds to Apple iPhone – ‘it is a surprise that the iPhone is not 3G’ | Microsoft’s CEO laughs at the iPhone, makes bold Zune claims