The competition has been fierce, but the results are now in. From a purely personal viewpoint, here are the 10 best MP3 players this year, excluding music phones, because that can be a top 10 in itself.

It’s got a brighter screen, longer battery life and huge storage. If that’s not enough, there’s also the option of games, including Tetris and Pacman. Still top of the pile.

Now the smallest MP3 player around (possibly), it looks better, clips to your clothing and weighs around half an ounce. And a 1GB memory should see you through the average commute. Best of the budget players. 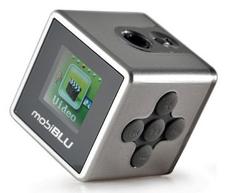 Ok, the shuffle might be the smallest MP3 player, but Mobiblu surely takes the title for music and video. Around an inch in size, it has the video and music playback, plus FM radio, voice recording and a host of other features from around £80.

We got excited by the touch sensitive buttons, along with the fold out speaker – and to be honest, you’re paying a premium for the looks. But it’s still one of the players of the year, guaranteed to turn a few heads. 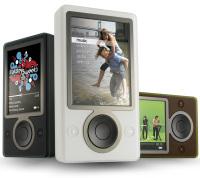 A rather low-key entry into the market by Microsoft with the Zune. It boasts 30GB of storage, a choice of colours, an FM tuner and Wi-Fi. It might have appeared in 2006, but 2007 will definitely make or break the player.

Plenty of new Sony players this year, but the NW-S200 catches the eye, looking not unlike a test tube caught in a large elastic band. Attached to your arm, it plays your music, whilst also capturing calorie usage during your jog. It even plays suitable music for your pace of step.

Another prolific firm this year has been Maxfield. It’s Max-Sin player, the MP3 equivalent of the Chocolate Phone, has touchpad control (with controls invisible when switched off), good file compatibility, voice recording, FM and impressive sound. You can pick it up for around £70.

Creative continues to play catch-up to Apple, but does produce some nice machines along the way. The Vision W offers 16:9 video playback on a 4.3-inch screen, along with audio playback, FM radio and compatibility with your favourite subscription services. 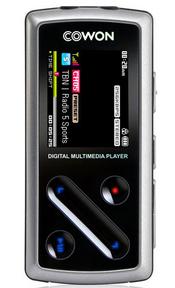 With the iPod shifting to games, Nintendo is repaying the compliment by moving to a games player, The music player accessory is effectively a card reader, giving you the option of paying music from SD cards, with details displayed on the screen. Not the most feature-heavy player, but for around £20, great value.

Covering all bases, the D1 has both audio and video playback, voice and line-in recording, text reader, photo viewer and best of all (and unusually), DAB radio and radio recording. If it could make the tea, it could be the perfect partner.