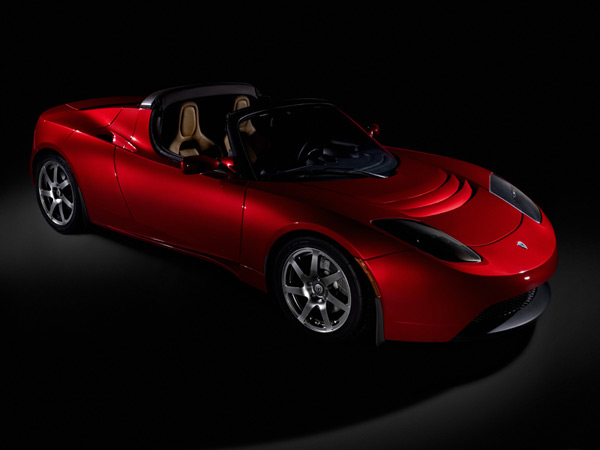 Picture it: a fireapple red convertible two-seater Tesla Roadster with — well, you don’t have to picture it, it’s pictured above. What you don’t see is: it’s electric, but it can still crank up to oh-my-god-we’re-going-to-die speed in four seconds, go 400km on a single charge (and quick-charge up enough to go 120km after only one hour plugged into the mains) and cost only ha’penny for each of those kilometers. Another thing you don’t see? It’s silky silent, since it doesn’t have that petrol-sucking torque engine shoving it along. Price is a mere $100,000 USD (and sold out already since they only made 100) but that’s not bad considering the much less sexy 120-M.P.H. Electric Car cost the same. [GT]