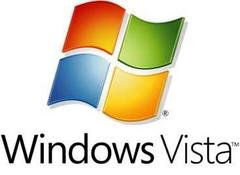 Of course, the biggest star is Windows Vista, which finally makes its way out (into the business world at least) today (or possibly tomorrow, depending on which report you read – ahh but what’s a day now eh?). After delays, speculation, and a little bit of ridicule from certain smaller sections of the computer world, it’s finally here.

If that’s not enough, a new version of Microsoft Office is also available. Office 2007 is XP and Vista compatible, and claims its use will greatly improve productivity, particularly in business.

Also being released is the latest version of Microsoft’s networking software, Exchange 2007.

General consumers won’t get their hands on it until 30th January next year.

Gordon Frazer, Microsoft UK’s managing director comments: “These launches are truly significant not only for us as a company and the IT industry as a whole, but far more importantly for the thousands of UK businesses and millions of people who’ll be using the products. This launch represents over $20 billion dollars of research and development.”

“It has also involved Microsoft approaching the development of its software in new and business-relevant ways. No longer focused on features for features sake, we’ve taken a business and people-first approach. This, supported by the biggest beta-testing programme in our history, has resulted in a set of products focused on really enhancing people’s interactions with their computers and a new experience that will tangibly benefit businesses.”