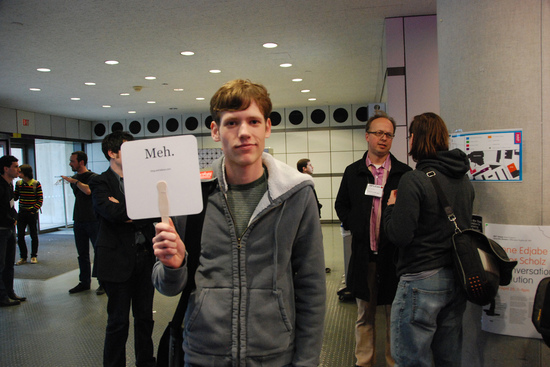 Each year for the last three years, TIME Magazine has run an internet poll to find the “World’s Most Influential Person”. This year, the winner is moot – a 21-year-old student whose grandmother calls him Christopher Poole. He’s the founder of 4chan.org – the world’s second biggest, but certainly silliest, message boards.

Since 2003, when the site launched, it’s brought Lolcats, Chocolate Rain and Rickrolling into the mainstream. More impressive is its traffic, though – the site gets 5.6 million unique users a month and one sub-board sees 150-200,000 posts a day.

Although TIME’s web team was forced to act against several attempts to hack the vote, moot recieved 16,794,368 legitimate votes. Although he might not seem the obvious choice for World’s Most Influential Person, nor do previous winners – Nintendo’s Shigeru Miyamoto in 2007 and Korean pop phenomenon Rain in 2006.

TIME.com managing editor Josh Tyrangiel said: “I would remind anyone who doubts the results that this is an Internet poll. Doubting the results is kind of the point.” 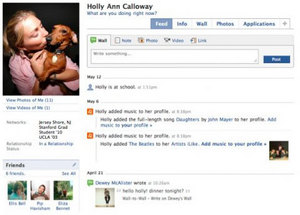 The ballots are in, the votes have been counted and the titchy 600,000 out of 22 millions Facebook users have voted in favour of terms and conditions giving them more control over content posted on the social networking site.

The turn out was supposed to have sway if it represented a minimum of 30% of the Facebook population but it seems they underestimated the utter apathy of the internet population. Three percent managed to click an opinion. All those who couldn’t be bothered, raise your hand now. Yep, me too. 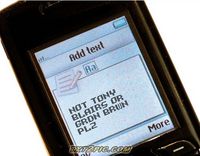 The modernist regime of Estonia is EMBRACING the inexorable decline of future society and the eventual eradication of all vowels by allowing its citizens to vote via TXT MSG in the country’s 2011 general election.

It’s not quite as easy as simply texting in your choice of leader and an emoticon, though – all would-be text voters will need a special security-enabled SIM card to validate their identity and ensure there’s no funny business…

“I don’t know which way to go, so I’m holding a poll” a female juror wrote in a vote application on her Facebook page when she couldn’t make her mind up about a court case she was part of.

The unnamed juror failed to set any sort of privacy options on her plea for help, meaning the entire Facebook-using portion of the internet was capable of viewing her confused cry for help… 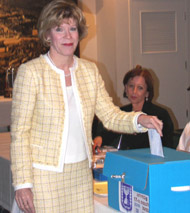 The EU has just voted against the idea of banning file-sharers from using the internet, in a rare victory for the right-thinking common man.

Any possible plan to criminalise file-sharing was rejected by EU members, along with the concept of axing the web connections of those caught Bittorrenting the entire output of Hollywood overnight. It’s OK. You’re not going to get done for it any more…

Channel 4 have announced that the next wave of Big Brother hopefuls can audition online. In true YouTube fashion, potential cellmates can upload their audition videos and have them rated by other site users….

MetrixLab are again running their annual competition to find the UK's favourite websites in a number of categories. As an incentive to taking the time out to vote, every visitor will be entered into a prize draw to win some…