Skype for Windows 8 is to look drastically different from versions of the VoiP app that have gone before it, if a new set of leaked screenshots are anything to go by. Tapping into the Modern UI look (or the…

Had a computer problem that's resulted in you being left on hold to a customer services call centre for the best part of an hour, totting up an enormous phone bill in the process? Wish your tech savvy mate…

Microsoft have revealed the first concrete details of how Windows 8 will work on ARM-based architecture, following last years announcement that the two will be compatible. Microsoft's Steven Sinofsky has revealed that Windows on ARM (or WOA) will be…

Xbox 360 fans get a treat this week, as the console's annual UI update gets rolled-out by Microsoft. Announced back in November, the update is one of the console's most significant overhauls yet. It brings with it improved Kinect…

The Metro, the UK's third largest nationally distributed newspaper, is now available as a free iPad app. With multi-touch controls and the ability to jump straight from the front page to key stories, it's been designed specifically to make the…

If you’re a commuter, or if you’ve ever used the underground in London during rush hour, then you’ll be familiar with the horror of having millions of people around you, without being able to look at any of them. Instead you’re forced to stare vaguely into space down the carriage.

This game perfectly simulates that experience. Use your arrow keys to look around, look at people’s stuff for points. But don’t get caught looking! That’s a recipe for someone thinking you’re some kidy of stare-y weirdo. I got 8968 points. What’s your best score? Tell us in the comments.

Metro Rules of Conduct (via RPS) 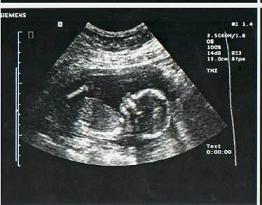 As most people will readily admit being addicted to the crack which is Facebook, I’m wondering whether it’s a smart move that a couple expecting their first child has set s/he up with a Facebook profile. That’s right – a foetus with a profile. This egg is more clued-up than some people my age I know!… 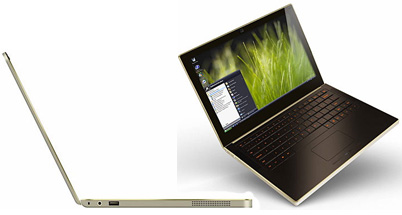 One for the fashion pack to slip into their Mulberry Bayswater, this prototype moonlighting under the name of a Mobile Metro notebook is a retching-inducing .7 inches thick and weighs in at 2.25 pounds. Intel are claiming this prototype will be manufactured by the end of the year, and will include a magnetically attached folder available in different ‘fashion’ colours which can charge up wirelessly. One side of the folder has a screen…