Eight months or so after initial launch, Apple has released the third version of its Leopard operating system (OS X 10.5.3).

It’s a hefty download, and depending on what machine you have and how much needs to be updated, could require a 400MB file to be downloaded. Hope that broadband connection is fired up and ready to go…

According to reports, Microsoft has confirmed that its next version of Windows will be available in 2010.

Windows 7 will succeed Windows Vista, with Microsoft explaining that it had always scheduled its next operating system launch for three years after Vista was launched to consumers. That was January last year… 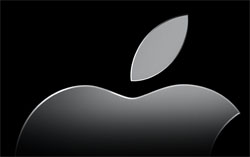 Steve Jobs kicked off his keynote speech at Macworld today by shouting about Mac OS X Leopard, which has apparently shipped five million copies in its first three months on sale.

After having played around with Apple's latest operating system for the past twelve hours or so, here are my initial thoughts on Leopard (10.5). Bear in mind that I haven't tested everything extensively (some things I haven't set up at…

For Tech Digest's latest information about the UK launch of Apple's OS X 10.5 Leopard, bookmark this post and check back frequently. Hint: If you find operating systems, and the liveblogging of them, immensely boring, then you're advised not to…

Liveblogging/Twittering here Today's the day that Mac fanatics around the world have been waiting for — OS X 10.5 (Leopard) arrives. We feel a little stuck in the middle here in the UK. Apple's operating system launches are one…

Cutting it a little fine, and in the knowledge that Microsoft worshippers will use the fact that Apple delayed it by four months thanks to iPhone deadlines against it, Apple has finally announced the official date for the launch of…

Many Apple Mac fans and developers were hoping for Steve’s keynote speech to include copious references to the next generation of Mac OS X — Leopard — and indeed there was plenty of demonstration of the system that’s now, apparently, nearly complete.

There’s still plenty of testing to do (developers at WWDC were able to pick up a beta copy of Leopard) so it’s unlikely to arrive before October – still plenty of time to drool over some serious features backed up by amazing eye candy.

Admittedly, most features shown off were more developed versions of what we saw last year, but it all looked very slick, and there were some surprises to be seen.

All times are BST in reverse chronological order:

Last month we tried to stifle the rumours of an OS X Leopard delay, but now in an official statement, Apple has stated that its next generation operating system will indeed not ship until October. The rumoured reason for the…