[nextpage title="next"] There's so many great podcasts out there it is sometimes difficult to know where to start. So here's some geeky podcasts to get you started. [/nextpage] [nextpage title="next"] Z-List Dead-List Z-List Dead-List is a brilliantly inventive idea from comedian Iszi Lawrence: There are loads of dead people who are interesting, funny or important,…
8th October 20149th October 2014 James O'Malley Podcast, Web 2.0, Websites

The Queen Geek of cabaret, Keira Daley is set to take the Edinburgh Fringe festival by storm this year with her show LadyNerd. An infectious mix of tech anecdotes, wit and belly laughs, LadyNerd sees Keira join forces with musical…

The team is set to include young computer geeks with questionable pasts. Terrorism Minister Lord Alan West said: “You need youngsters who are actually deep into this stuff. If they’ve been slightly naughty, very often they really enjoying stopping others.”

The aim of the unit will be to protect sensitive systems from spies, thieves, terrorists and other Bond-villains. West has stated that BT’s systems, for example, come under attempted attack at least 1,000 times a day. Jonathan Evans, head of MI5, has warned that both China and Russia are spying on Britain through technology.

In response to this news I’d just like to make it known that I, myself, am somewhat of a computer geek and I do have the required questionable past – I used to copy Amiga games off of my mates. I’d be willing to join the crack team for a £50k salary, company car and Bupa membership. 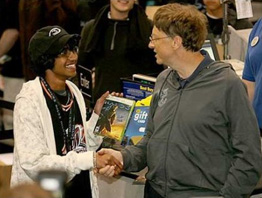 Any excuse for a photo of Bill Gates to appear on these pages, phwroar! But there’s a reason, and it’s not a pretty sight. Yup, Ben over at Brandish, our mens’ fashion site, has done a top five of the worst dressed rich geeks this planet (un)fortunately has, and believe me, it’s a nasty sight.

Featuring Richard Branson, Bill Gates, Mark Zuckerberg, Steve Jobs, and that other porky Steve from Apple that looks like your lechy uncle, Ben’s top five is a hilarious run-through of their fashion don’ts… 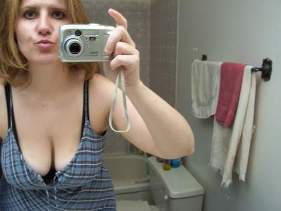 Everyone and their ugly housemate has heard of Hot or Not, the website where you upload photos of victims and users rate them on their physical aesthetics. You might even have been featured on there, unknowingly…

Here’s the Hot or Not drinking game, for geeks who throw parties around their laptops, iTunes being cranked out of the tinny laptop speakers…