Skittles, the little fruity sweets, have done a bit of a makeover on the Skittles.com homepage. The page now shows the real-time results for a Twitter search for “Skittles”, with a floating box to tell you a little more about the page.

There are several aspects to this that are interesting. It’s another massive step towards mainstream for Twitter (I bet Skittles is hoping that the service doesn’t go down). It’s also a massive step towards “the conversation” for Mars, which is a company that’s been plagued with criticism in the past, though admittedly not as much as rival Nestlé.

In fact, although there’s not been much stirring on the PETA message boards at the time of writing, it’s surely only a matter of time before the people behind sites like MarsCandyKills.com start flooding the service with highly-negative Tweets.

Some call this the campaign backfiring. I don’t think so. I think that it shows bravery, and a belief that the general public doesn’t really care. Personally, I think far more positively about the company that it’s happy to publicise its criticism, and I’ll be disappointed if they cave.

Last week I mentioned that excerpts from a lunch conversation between the Nintendo President Satoru Iwata and a Ninty designer, Shigesato Itoi, were being published on Iwata's personal site, if you can cast your mind back that long ago…. 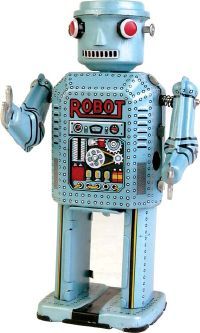 When I first read this I thought that it might trawl the Net looking for blogs to start an argument on, but in fact it’s fairly tame and will only hurl abuse at you if you visit its site and start a conversation with it.

As you can see from the following interaction I had with it, it’s not particularly advanced, but anything to waste a bit of time on a Friday afternoon, eh?