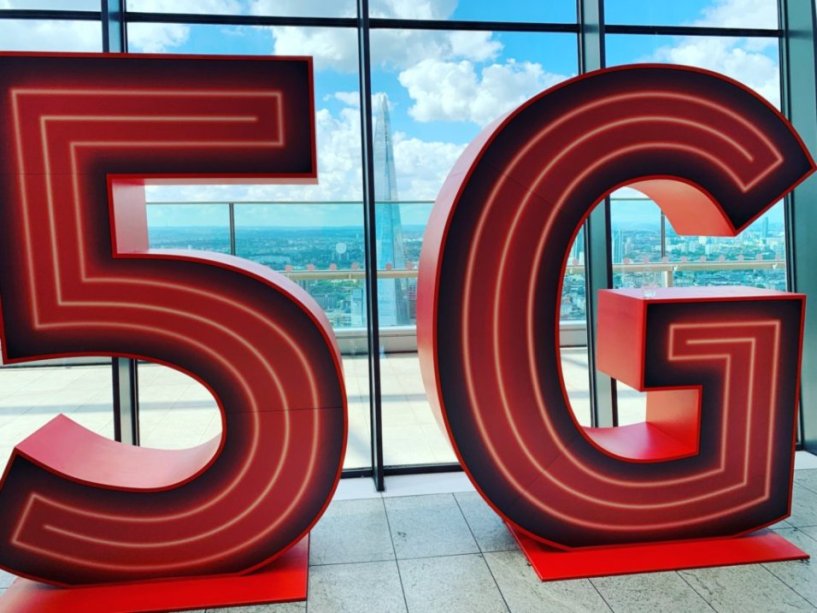 Mobile operator Vodafone has launched its 5G network in seven cities in the UK with unlimited data plans starting at £23 per month.

5G technology is the next generation of mobile network and is expected to offer internet speeds several times that of current generation 4G as well as reduced latency and better connectivity.

Vodafone consumer director Max Taylor said the firm was “bringing 5G to more places than anyone else”.

He said the launch of roaming would reach 20 cities across Europe by the end of July, adding the firm “won’t charge a premium” for 5G plans, instead pricing its plans at the same rates as its 4G offerings.

This includes three Unlimited Data plans: Unlimited Lite for £23 (2Mbsps), Unlimited for £26 (10Mbps) and Unlimited Max for £30 which is suitable for UHD 4K video downloads. For an extra £6 per month it is also offering a choice of streaming services.

Mr Taylor said launching its 5G network was “not about having the most 5G devices but the right ones”.

Vodafone confirmed it will offer the Samsung Galaxy S10 5G and the Xiaomi Mi Mix 3 5G as its first devices on the new network, following a number of other mobile operators by leaving Huawei out of its 5G phone launch line-up.

The operator did not acknowledge Huawei’s absence during its 5G launch event.

The Chinese firm is the subject of a UK Government review into whether it should be allowed into “non-core” parts of the UK’s 5G network infrastructure..

In May, when the company first confirmed its 5G plans, Mr Taylor said: “With regards to Huawei handsets, we are only pausing pre-orders for the Huawei Mate 20X 5G in the UK.

“This is a temporary measure while uncertainty exists regarding new Huawei 5G devices. We will keep this situation under review.”

However, Vodafone will sell a 5G GigaCube portable router, which is made by the Chinese firm.

Industry analyst Kester Mann from CCS Insight said Vodafone’s launch could be seen as a potential turning point for the firm.

“After a turbulent recent period, Vodafone finally has its mojo back,” he said.

“At long last, there is an air of optimism, positivity and ambition to regain former glories in its emotive home market.

“Vodafone’s move into unlimited data and its decision to price 5G the same as 4G indicate the emergence of a challenger mentality.

“This is in sharp contrast to its traditional premium-focused approach.

“It could spell bad news for Three, which has built a strategy based on challenging industry norms.”

He added: “Coverage will form a lead part of Vodafone’s 5G message as it seeks to differentiate from rival offers.

“In addition to its UK roll-out, roaming in Germany, Spain and Italy will help justify its ‘5G in more places’ claim.”

Fellow UK operator EE launched its own 5G network in May, while Three is due to begin rolling out its network in August, with O2’s expected to follow before the end of the year.