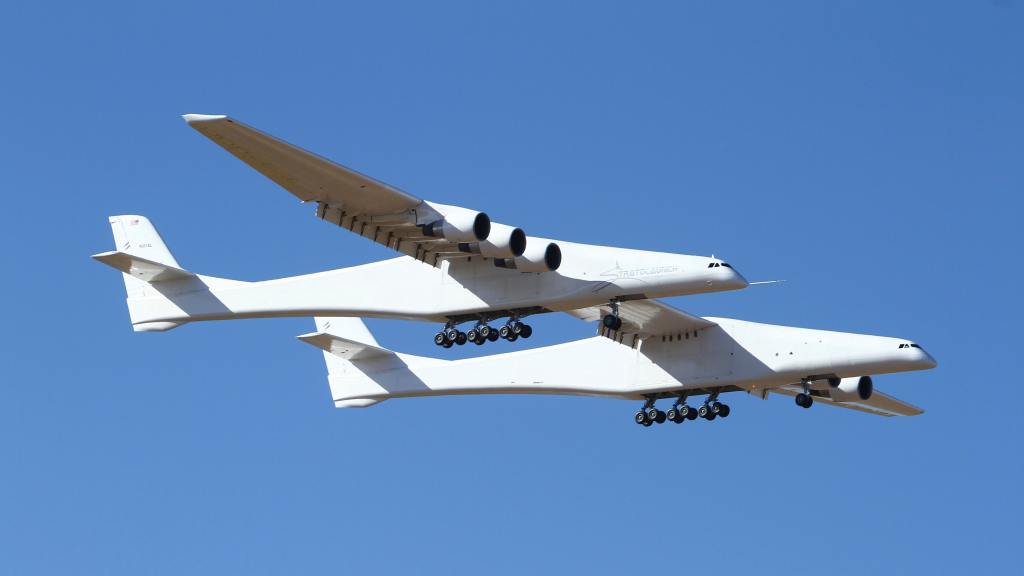 A giant aircraft with the world’s longest wingspan has landed after its first ever flight.

The twin-fuselage Stratolaunch jet landed two hours after taking off from Mojave Air and Space Port in California.

The company said the jet hit altitudes of up to 17,000 feet above the Mojave Desert while performance and handling qualities were evaluated.

CEO Jean Floyd said the aircraft made a “spectacular” landing, adding it was amazing to “watch this majestic bird take flight”.

Established by the late Microsoft co-founder Paul Allen, Stratolaunch is vying to be a contender in the satellite launch market. Mr Allen died in October 2018.

The aircraft is designed to release rockets attached to the centre of its enormous wing, which stretches 385 feet from tip to tip.