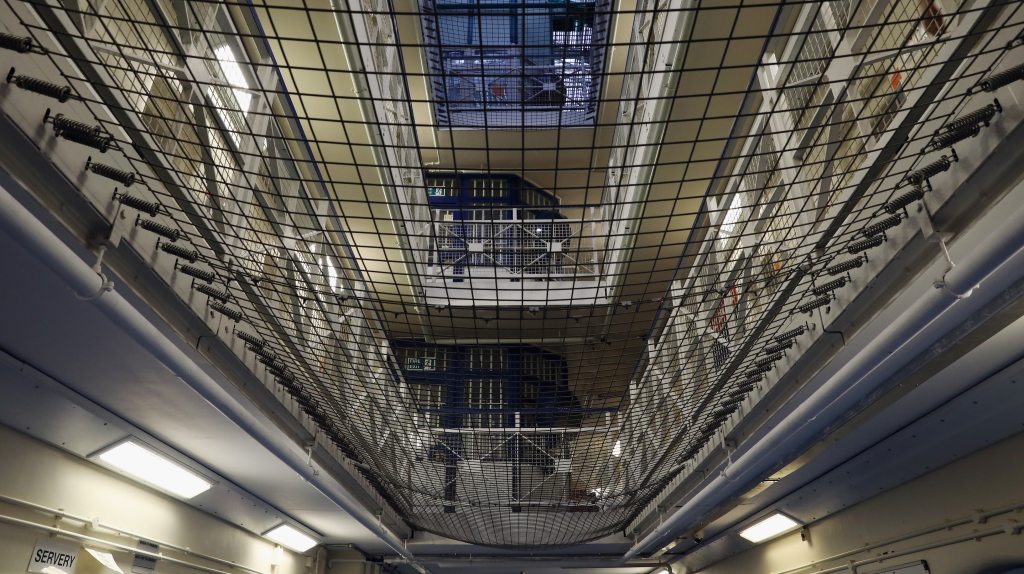 Prisons are deploying new technology to pinpoint where inmates are using illegal mobile phones down to the exact jail cell.

The Government revealed the specialist detection equipment has been introduced as part of efforts to clamp down on illicit handsets, which fuel violence and drug dealing behind bars.

For security reasons, only basic details about the technology have been released.

The Ministry of Justice (MoJ) said it works by sending real-time alerts when a mobile is detected in prison. These are shown on a digital heat map, which identifies the strength of the signal, allowing officers to identify the location of the phone down to the precise cell.

Staff can also track data over time to watch for emerging patterns, such as the timing of drug-smuggling plots. This intelligence is analysed and in conjunction with law enforcement partners can lead to arrests, the Ministry said.

Following a successful six-month trial of the technology in one jail, it has now been expanded to five jails. The establishments in question are being kept secret for security reasons.

Justice Secretary David Gauke said: “As criminals look for new ways to smuggle contraband into prisons, it is vital that we stay one step ahead, and this kind of technology will help prevent them operating from their cells.

“This is vital to ensuring prisons are places of safety and rehabilitation, where offenders can turn their backs on crime for good.”

Authorities have identified the illegal use of phones as one of the most significant threats facing the prison service.

In the 12 months to March last year, there were 10,643 incidents where mobiles were found in prisons in England and Wales, a 15% increase compared with the previous year.

Officials say phones can be used by prisoners for purposes including drug supply, maintaining outside criminal networks and terrorising victims.

Earlier this month, the Press Association revealed the number of social media accounts shut down at the request of prison authorities had surged after hundreds of inmates used smuggled phones to post from behind bars.

The MoJ said the new technology is part of a wider multi-million-pound strategy to restore stability to prisons.