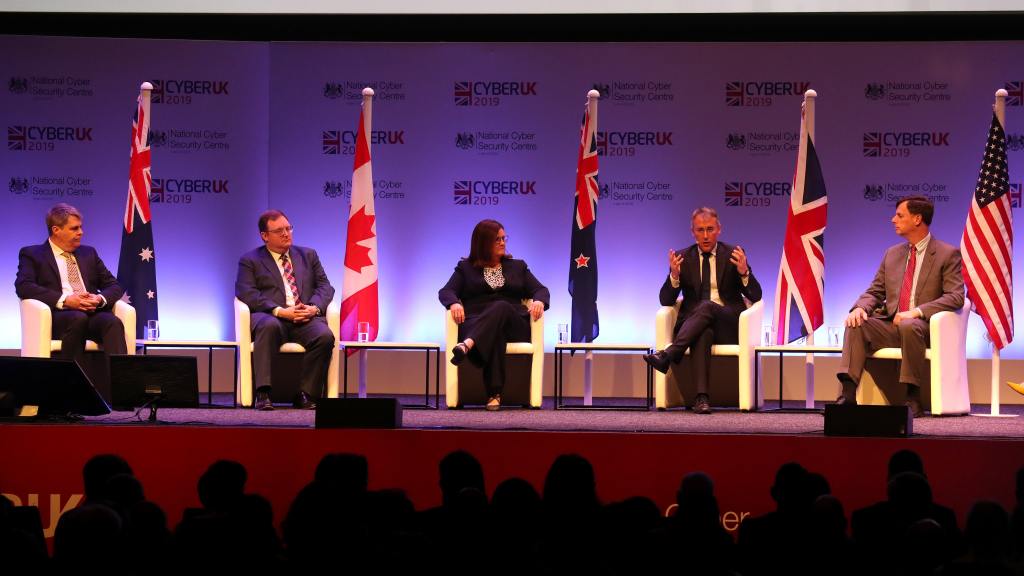 Reports have suggested Theresa May has opened the door to the Chinese telecoms giant helping to build Britain’s new network despite warnings of a threat to national security.

GCHQ director Jeremy Fleming said engineering is more important than the country behind the technology, otherwise known as its “flag of origin”.

Chief Secretary to the Treasury Liz Truss also said the decision should be made on a “case-by-case basis” based on UK intelligence.

Mr Fleming appeared to be trying to calm concerns that the security risk posed by the involvement of Huawei should rule it out.

Speaking at the National Cyber Security Centre conference in Glasgow, he said: “A flag of origin of 5G equipment is important but it is a secondary factor.

“It’s a hugely complex strategic challenge, going to span the next few decades. How we deal with it will be crucial for our prosperity and for our security.”

Huawei’s involvement should not be ruled out based on what other countries have done, Ms Truss told BBC Tadio 4’s The World At One, because the UK may have different intelligence advice.

She said: “We need to decide on a case-by-case basis based on the security advice, but that should be led by the UK – we shouldn’t be deciding on the basis of what the Americans think or what the Australians think.”

Earlier, digital minister Margot James dismissed reports that the Prime Minister had given the go-ahead for Huawei to work on the UK’s 5G network.

She said: “In spite of Cabinet leaks to the contrary, a final decision has yet to be made on managing threats to telecoms infrastructure.”

Some critics have expressed concerns that the Chinese government could require the firm to install technological “back doors” to enable it to spy on or disable Britain’s communications network.

Last month, a Government-led committee set up to vet Huawei’s products said it had found “significant technological issues” with its engineering processes posing new risks to the UK network.

The US has banned Huawei from its government networks and urged the other nations in the Five Eyes intelligence alliance – the UK, Australia, New Zealand and Canada – to do the same.

This was taken up by Foreign Affairs Committee chairman Tom Tugendhat who tweeted: “Allowing Huawei into the UK’s 5G infrastructure would cause allies to doubt our ability to keep data secure and erode the trust essential to #FiveEyes cooperation.

“There’s a reason others have said no.”

Huawei has denied having ties to the Chinese government, but critics question how independent any large Chinese company can be, with a legal obligation on firms to co-operate with the state’s intelligence agencies.

A Department for Digital, Culture, Media and Sport spokeswoman said the security and resilience of the UK’s telecoms networks is of “paramount importance” and the review would present its conclusions “in due course”.