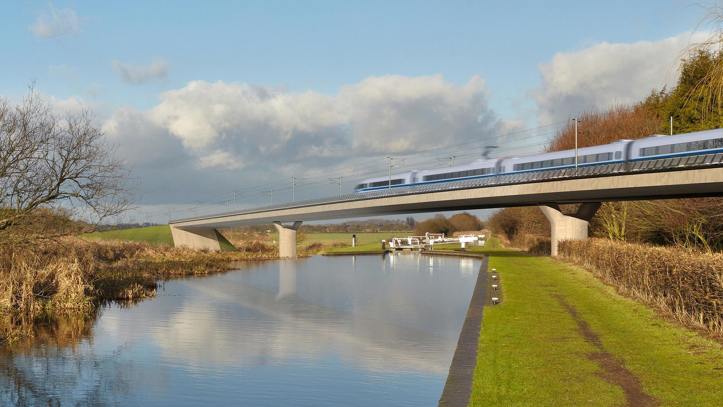 HS2 passengers could get Amazon packages delivered to their seat, a train manufacturer has claimed.

Bombardier Transportation, which is bidding to win a £2.75 billion contract to build the high-speed trains in a joint venture with Hitachi Rail, is developing technology which would enable onboard click-and-collect services.

He told the Press Association: “You could pre-order your coffee or sandwich. It could be that you pre-order and arrange to collect your Amazon parcels.

“The train would enable lots of things, so we’d certainly work with the operator to develop the wider passenger experience.”

He added: “The journey that (passengers) take on high-speed rail could be a very productive period for them, not only work-wise but for their private life, shopping and comfort.”

Amazon customers who do not want items posted to their home because they will not fit through their letterbox can currently arrange to collect them from lockers, Post Office branches or shops.

The contract to build 54 trains for the first phase of the £55.7 billion railway is expected to be awarded by HS2 Ltd in March 2020.

Mr Rennoldson said digital technology could also allow passengers to use their smartphones to alert train crew to issues such as a problem with a toilet or lost property.

“We want to make sure that it is all possible,” he said.

A new franchise known as the West Coast Partnership will be responsible for designing and running the initial high-speed services when phase one opens between London and Birmingham in 2026. The railway will then be extended to Crewe, Manchester and Leeds.

The high-speed trains will also run beyond the new lines on existing tracks as far north as Edinburgh and Glasgow.