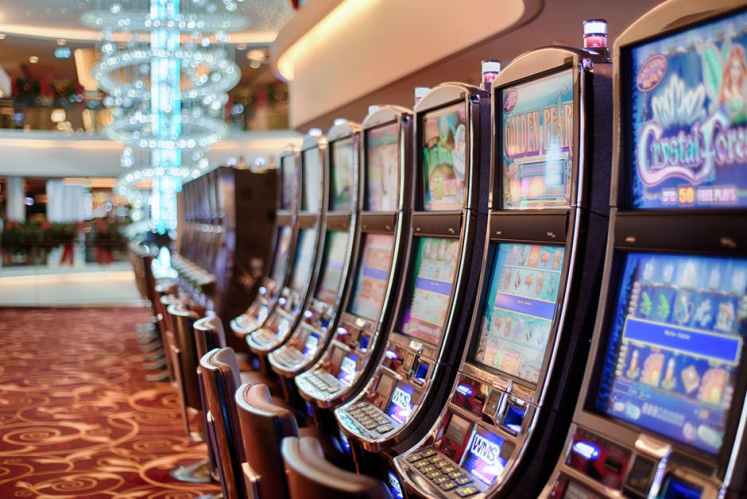 First developed in the US in the 1890s, slot machines – or one armed bandits as they were originally known – have come a long way in the last 120 years or so.

Based on poker, early machines contained cards inside that would spin around to reveal a hand. There wasn’t a payout mechanism as such so a royal flush would get a free drink or cigar at the local establishment.

Only at the around the turn of the 20th century was a mechanism developed that could payout winnings – initially 50 cents maximum – when five cards were replaced by three spinning wheels, each with a different symbol (horses, diamonds, spades, hearts and a Liberty Bell being the most popular).

Pretty soon slot machines were installed in casinos, bars and pubs across the world and are still one of the most popular forms of gambling in places like Las Vegas.

However, modern technology means that players can now enjoy a wide variety of different slots online, unhindered by the limitations of a physical machine. In the virtual world you can create 3D environments so players become part of the action and can offer hidden levels and bonus rounds.

Websites such as Slotarena Casino site have a great deal of choice when it comes to slot machines you can play. Here we look at five of the most popular slots at the moment.

One of the most popular slot machine games in the world, the Book of Ra introduces you to the mysterious world of ancient Egypt and puts you into the role of an explorer searching for a mythological book. Two versions are available: Book of Ra ‘Classic’ version and the Book of Ra ‘Deluxe’ version. While Book of Ra ‘Classic’ game consists of 5 reels with 9 paylines, the Deluxe version includes 5 reels and 10 lines. The aim is to connect a minimum of 3 to a maximum of 5 equal symbols from left to right. The symbol ‘Book’ serves as a joker symbol and the bonus symbol. Gaining at least 3 bonus symbols starts the bonus game!

When the three brothers, Zeus, Poseidon and Hades divided the earth into the spheres of air, sea and underworld, it is told that Hades became a cold but fair ruler of his realm. In this Greek adventure raid your coin horde to pay the ferryman, for Charon waits to take you across the River Styx to the inky depths of the Greek underworld. A five-reel slot with three games and 40 fixed paylines, there are four high value symbols including Hades himself, Zeus, Persephone and Aphrodite. In addition there’s the standard 10, J, Q, K and A.

Powered by Novomatic, the Columbus Deluxe slot machine is based on the Italian explorer who ‘discovered’ America on a voyage bankrolled by Isabella, the Queen of Spain. Following the original Columbus game, this five-reel, 10-payline slot game gives players a chance to experience Columbus’ voyages firsthand. Fans of the first slot will appreciate the updated graphics, features, and one additional payline. The symbols featured in Columbus Deluxe include Columbus himself, Queen Isabella, Gold Necklaces, a Sextant, and generic poker card values.

An aquatic adventure awaits from Novomatic which joins a number of other undersea games such as Deep Sea Dosh, Dolphin Cash and Mermaids Millions. Dolphin’s Pearl is a five reel and ten payline with reels placed against a pleasant enough background of a sea bed covered with colourful plants; sunlight streams in from the ocean surface above. The higher values are a range of undersea creatures including tropical fish, a seahorse, a flatfish and a lobster while the standard playing card symbols of 9, 10, J, Q, K and A make up the lower values. Bonus system symbols include a wild dolphin and a pearl in an oyster. 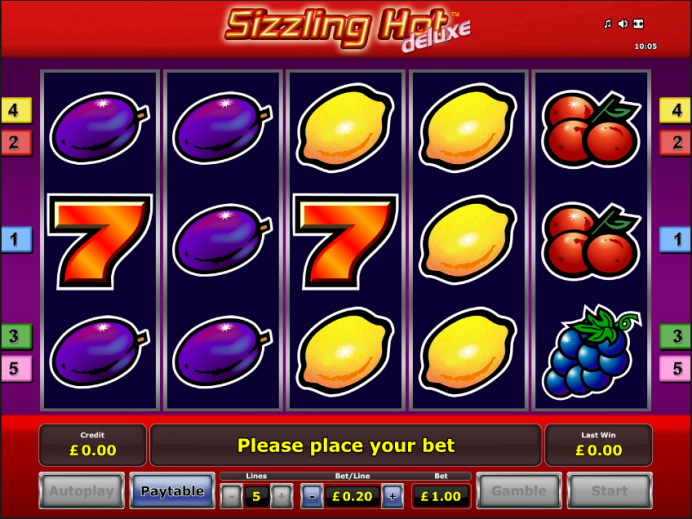 Looking for something more conventional? Then Sizzling Hot Deluxe may be for you. It’s is a five reel slot with three rows and just five paylines. Being a traditional type of slot, there’s a range of traditional symbols that you would expect to find on a ‘fruit machine’ including watermelons, plums, lemons, bunches of grapes, oranges, cherries and gleaming red sevens. The watermelons and grapes are the most valuable and worth 100x your line stake for a combo of five on an active payline.