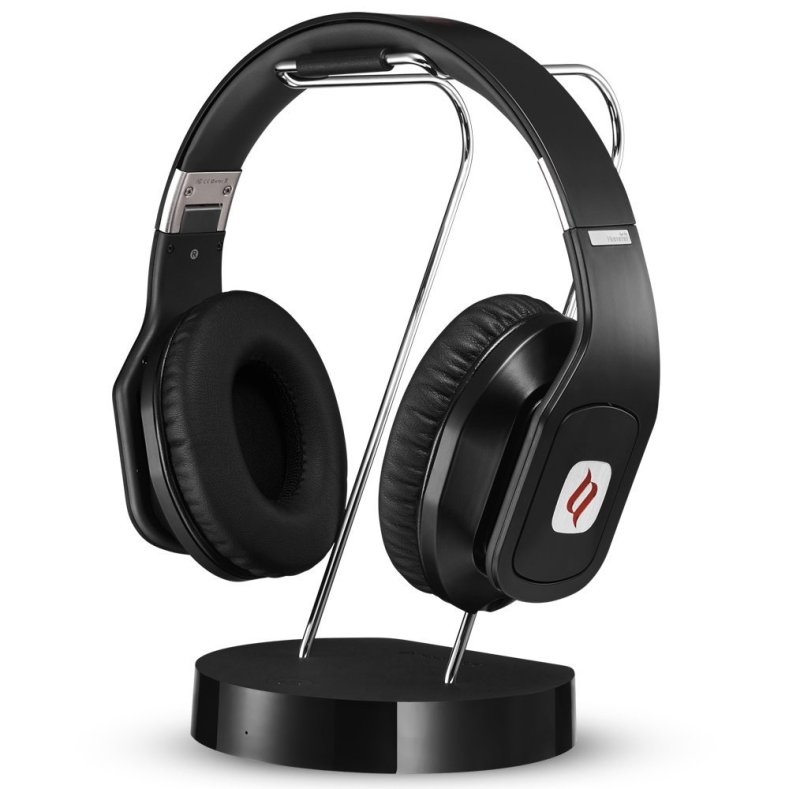 READER DISCOUNT:
Enter code GDGDGDGD at checkout to save £24.00

Noontec is probably not a company most people have ever heard of. However, the Chinese company manufactures a wide range of Bluetooth headphones which are mainly sold via Amazon. Here we look at a pair of headphones that are intended mainly for TV use, perfect if you want to watch TV in bed but your partner wants to go to sleep. Or if you are hard of hearing and struggle with sound through tinny TV speakers.

Wireless headphones for the TV are nothing new. They’ve been around for years. However, up until recently most used either infra-red or RF (radio frequency) technology to transmit audio signals from your TV to your headset . For example, Jelly Comb offer a pair of RF headphones on Amazon for less than £60 which have garnered some good reviews.

While RF offers an extremely good range, up to 100m, the problem is that the technology typically uses low frequencies (800 to 900MHz) which are prone to interference from other electrical devices. Bluetooth, on the other hand, uses a much higher part of the frequency spectrum (2.4GHz) and is usually much more stable and reliable. The downside is that range isn’t nearly so good as RF (typically no more than 10 metres) and with early versions of Bluetooth sound quality was poor.

However, significant sound improvements have been made with later versions of Bluetooth, particularly versions 3 and 4. These Noontec headphones incorporate Bluetooth 4.1 which is a relatively recent version of the technology (though the latest iPhone X and Samsung Galaxy 8 smartphones both feature Bluetooth 5 which offers much greater transmission range). 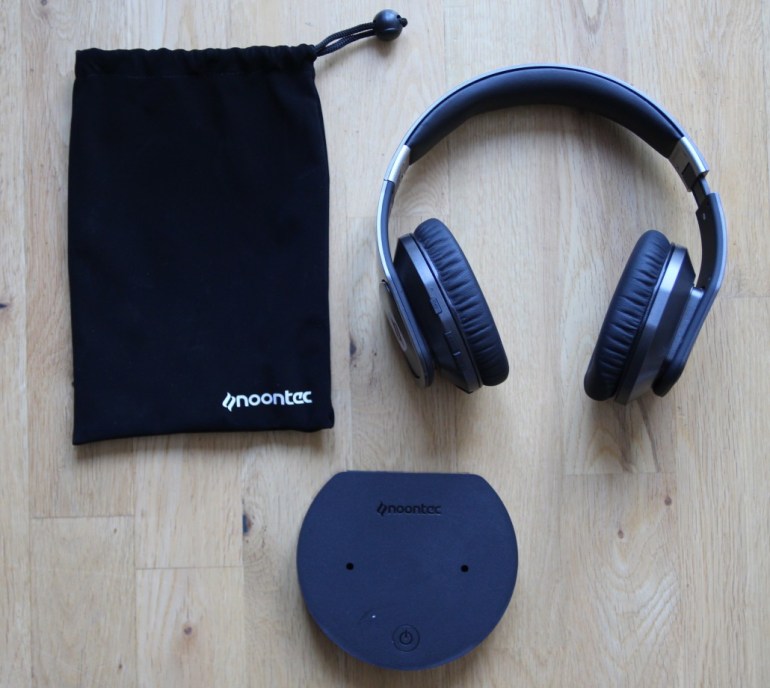 What first strikes you about the Noontec Hammo TV headphones, even before you’ve set them up, is just how well packaged everything is. In fact it’s all rather similar to when you get an iPhone or a pair of Beats headphones. Everything has been put in its own compartment and even the cabling has numbers on it to help you during set-up.

There are really two main parts – the Bluetooth transmitter which connects to your TV or electronic device (more of that later) and the headphones themselves. However, also supplied is a rather nice bag for putting the foldable headphones in and a metal stand that you place into the two holes of the transmitter for housing the headphones when not in use (rather like a hat stand for headphones).

While the fabric bag is a nice touch I suspect that most people will never use it if they are just listening to TV sound in their house. However, if you use the headphones via a smartphone/iPad or a computer you may want to fold them and put them in the case to stop them getting bashed. 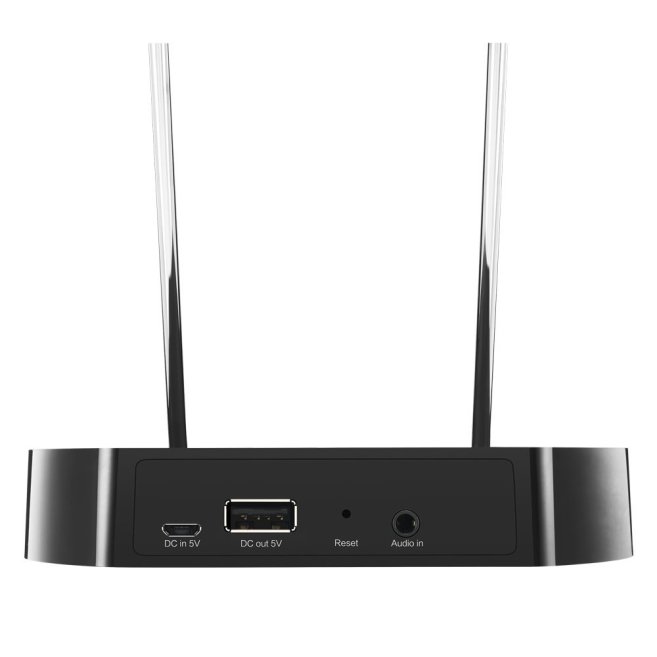 Set up is relatively easy if you follow the instructions properly, matching the numbered cables with the steps in the guide. Unfortunately, I thought I knew what I was doing and so rushed in connecting everything up and then wondered why I couldn’t get any sound from the TV (typical man thing, right?)

My excuse, and I’m sticking to it, is that there are essentially three cables which are very similar – two audio leads with standard 3.5mm jacks at either end and a third lead which has a 3.5mm audio jack at one end and a USB port at the other end. This third lead is used for charging the headphones via a small socket in the bottom of one of the earpads to the transmitter.

My headphones came fully charged but it easy enough to charge them up and you can use them for a long time before needing to plug them in again. Hammo claims up to 50 hours from 5 hours charging time. During charging a small light at the side of one of the earpads flashes yellow to let you know it’s connected OK.

Depending on what kind of TV you have you can use either one of the audio leads by itself to connect from your TV headphone out jack to the aux/audio input on the back of the transmitter.

Alternatively if your TV doesn’t have a headphone output you can use the audio lead in conjunction with the adaptor provided to connect up to the TV’s RCA/phono outputs (these are usually colour coded red and white and are often found on the side of the TV for hooking up a games console or, if your TV is really old, a video camera/camcorder.) If you don’t have either a headphone jack or phono outputs then this isn’t going to work with your TV.

Of course you don’t have to use these wireless headphones with a TV. Using the standard 3.5mm audio jack you can easily connect the base transmitter to your smartphone, computer or tablet instead. So, for example, you can listen to your favourite music from your smartphone around the house without needing a separate pair of Bluetooth headphones.

One of the problems I always seem to have with Bluetooth devices is pairing them up with my smartphone. They never seem to pair automatically for some reason. Not so these Noontec Hammo headphones.

However, one criticism I have is that the leads supplied need to be a little longer. I found that the transmitter has to be placed quite close to the TV because the audio leads aren’t very long. Similarly the power lead (DC input) which runs to the USB plug socket could do with being a bit longer.

Another minor niggle is that the stand for the headphones keeps coming out of the base unit when you try to move it around.

There’s no doubt that wireless TV headphones have improved massively over the last few years with the introduction of Bluetooth. Once considered not suitable for listening to music, the standard now offers sound quality that is comparable with that of wired headphones.

However, for listening to audio from a device such as a smartphone or web tablet I found sound was a little compressed and generally lacking in dynamic range, especially when listening to rock music. It’s also a little too quiet even when using the volume controls at the side of the headphones (pressing once quickly moves the volume up and down, pressing for longer moves between tracks on a connected mobile device).

Although range is limited to around 10 metres, I found I could easily move between rooms in my house and still listen to music wirelessly via the Noontec Hammo headphones. Sound only started to break up if I moved between one floor and another. Certainly the range was better than I was expecting.

Wireless TV headphones may not be the top of everyone’s list for the festive season. However, if you struggle to sleep and want to watch TV without waking your partner up then they are a perfect solution. Similarly, if you are a little hard of hearing you may also benefit from listening to sound, particularly speech, via a pair of bluetooth headphones such as the Noontec Hammo rather than through traditional tinny speakers. And while they are not intended primarily for listening to music from your smart device it’s an added bonus that you can also use them for this purpose instead of standalone Bluetooth headphones. Although Noontec isn’t a company many people are familiar with I certainly wouldn’t let that put you off when buying. Recommended.

READER DISCOUNT:
Enter code GDGDGDGD at checkout to save £24.00