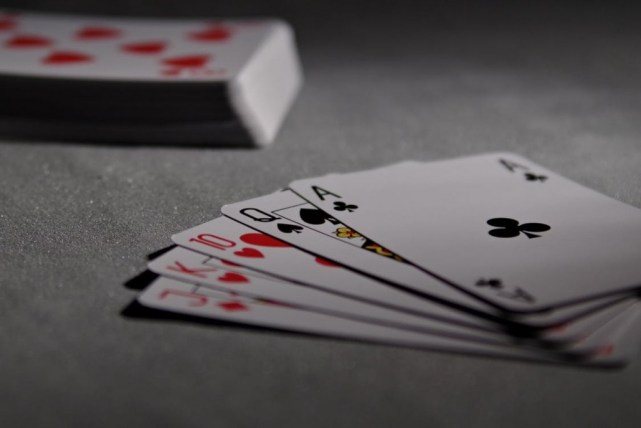 The online gambling industry is one of the fastest growing in the world. It might be a strong statement to make but it’s a well-supported one with numbers speaking in its favour.

The statistics provide a clear insight into the growing trend of the online gambling market which, only two years ago, had a total revenue of $37.91 billion. The number currently stands at $47.11 billion, nearly double the figure recorded only five years ago in 2012 – $28.22 billion.

Indeed, the online gaming industry is forecasted to reach an impressive $59.79 billion by 2020 when this ever-expanding market is also expected to go through significant changes, both globally and locally.

Overall expected compound annual growth rate is currently standing at 7.91% in the forecast period until 2020 with middle class population and its growing income being considered as one of the major driving factors behind the overall growth.

Other factors include legal and licensing factors, technical advances and geographical preferences. Classified into separate units according to markets position, four major classes can be identified.

Arguably the most important market worldwide, the United States is the driving force of the online gambling market.

Although still burdened by legislative limitations which put a huge break on the overall online gambling potential, the United States is slowly but surely moving forward in catching up with the rest of the world when it comes to opening its doors to online operators.

Gambling operators have already started to feel the positive changes coming their way with bookmaker William Hill recently reporting a 3% increase in retail net revenue with online the most buoyant sector.

The popularity of online gambling has arguably been most tangible in Europe which, according to different statistics, has reported an 84% growth in revenue generated by online slots.

The reasons behind such a surge is quite simple to explain. Online gambling developers and operators have recognised the huge potential of the European market and taken full advantage of accessible legal regulations to move their focus to a large number of European countries.

Leading the way is the Spanish government with its substantial tax cuts to gambling companies, which ultimately resulted in 22.6% growth in revenue from online casinos in the second quarter of 2017.

What’s more, the European market has vastly benefited from technical advances which have allowed developers to push the envelope by creating top quality products. Players are now presented with a wide variety of video slots online as seen here on Video Slot, where you can even select particular games based on different game features.

The emergence of advanced technical aspects of the industry has seen a huge change in gaming preference as well. Players are no longer satisfied by classic video slots but are searching for more demanding and challenging products. The operators responded and, in aiming to attract a younger audience, they’ve developed skill-based slot machines with Scientific Games’ Space Invaders being a good example.

The African gambling market is facing significant challenges which hampered expected overall growth in 2016 and is still affecting the potential of the Sub Saharan African region in particular.

With the legal landscape still being a grey area in most of the continent’s countries, the African market has yet to reach it full potential.

Based on per capita spending, Australians are the world’s most prolific gamblers, consultancy H2 Gambling Capital stated.

Australians lost more money per person than any other developed country around the globe. With an average of $990, Australia leads the way ahead of Singapore with $650 lost per person and Ireland in third with $550.

The reason for the high numbers are in part because, except in the western part of the country, Australia allows slot machines  in pubs and social clubs and not just in casinos. Easy access makes it – well easy – for people to play and subsequently spend money.

The Asian gambling market is the largest one in the world, which comes as no surprise knowing that the continent makes up to more than 60% of the world’s population.

The continent is showing an increased demand in online gambling with regulatory changes moving forward to accommodate the legal aspects of the industry in order to allow it to spread its wings even further.

Research and Markets states that the gambling market in APAC is expected to grow at the compound annual growth rate of 7.31% over the next two and three years.

Until 2020 and beyond, the global gambling market is expected to go through a major redesign. The upward trend is unlikely to be stopped any time soon but we could see a major shift from regular online to mobile happening really soon.

Mobile gaming and social gaming are slowly taking over from regular forms of online gambling – on computers and laptops – and the industry is moving its focus to accommodate the growing need for playing on the go.

Handheld devices are leading the way with the emerging trends of live games and commercialisation of live dealer casinos helping to shape a brand-new future in online gaming.

Live games already represent up to 17% of online casino’s main pages in the United Kingdom alone and we fully expect this number to grow even further by and beyond 2020.

Looking at everything presented above, the physical casinos seem to be facing a losing battle with their online relatives, though it does not necessarily have to be the case if land-based establishments embrace the change in global trends.

Virtual Reality games and gambling is another big change we should expect to come by 2020 offering a potentially lucrative future and possibly a much-needed boost to brick and mortar casinos.

Just imagine a 360-degree camera on a card table where online gamblers could join the actual players at a hand of blackjack, for example, in a hybrid form of live gambling.