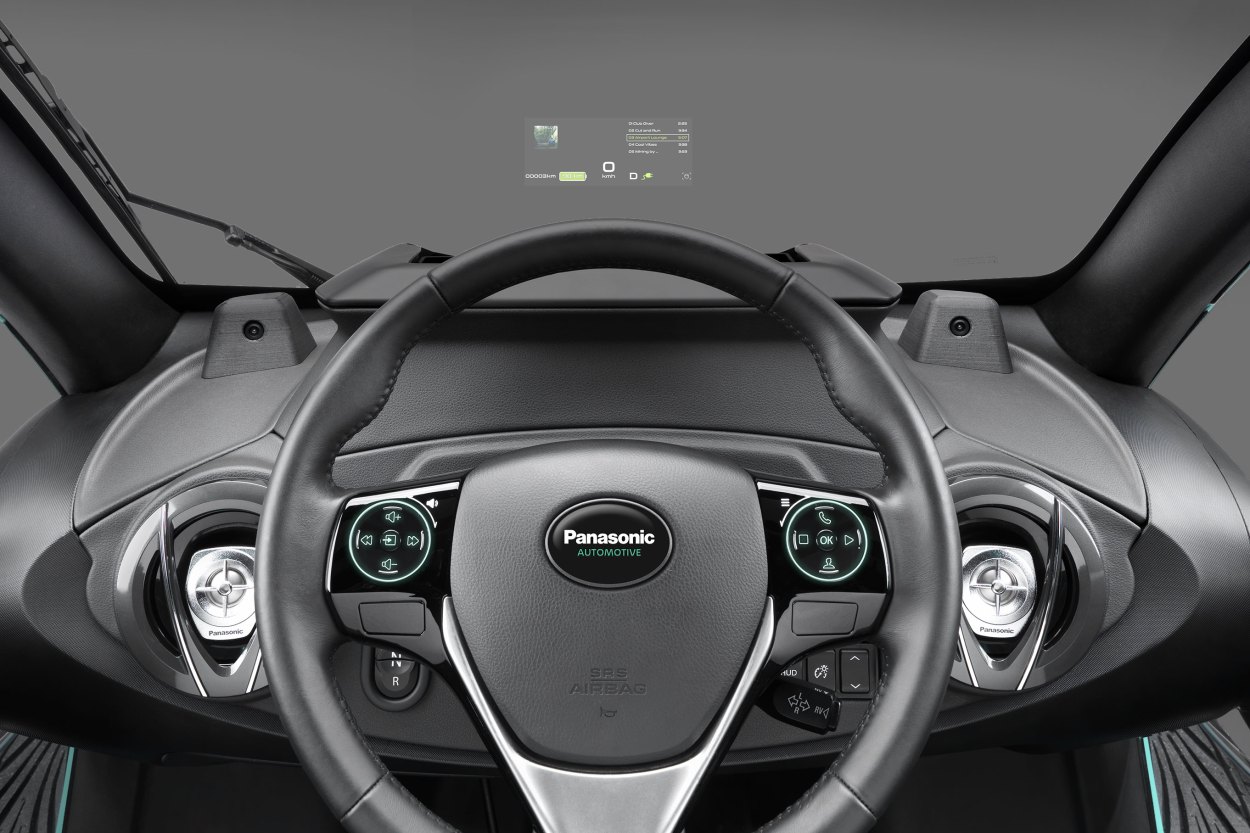 Panasonic sure has been busy at CES2017 in Las Vegas. Earlier we wrote about its car cabin of the future. Now there’s just time to to tell you about a next-generation head up vehicle display system which allows you to keep your eyes on the road at the same time as getting important information in your eye-line.

Although head up displays in cars are nothing new, Panasonic Automotive’s Head Up Display (HUD) with Augmented Reality (AR) is being billed as one  of the world’s most sophisticated systems.

It is capable of projecting very large virtual images in the driver’s eye line, using AR to enhance the real world with HUD-generated imagery. When combined, HUD and AR give the driver more information and can warn him or her of potential dangers. It also replaces the traditional instrument cluster.

With drivers subjected to many potential distractions on the move – from making Bluetooth phone calls to receiving dynamic satellite navigation instructions – Panasonic’s new HUD with AR seeks to simplify that workload by keeping the driver’s eyes where they should be: on the road.

Panasonic’s technology features a very compact HUD system, but one that it is capable of projecting very large virtual images – up to 12-degrees to the horizontal and 5-degrees to the vertical – into the driver’s visual path at a distance of 10m in front of the vehicle.

Augmented Reality technology means that this HUD can then be used to make the driver aware of potential dangers. Because the system recognises objects in the path of the car, it can warn the driver by displaying alerts in the HUD, distinguishing between pedestrians, other vehicles and other objects.

The system uses a total of eight cameras: a rear camera, front camera, night vision camera, a down side view camera, two additional side view cameras and two cameras which track the driver’s head and eyes.

The cameras also detect the side of the road and use this reference point to place the AR imagery in front of the driver. The cameras can also be combined to produce a variety of different views, including a bird’s eye view of the car, projected in the HUD to give the driver an a complete 360-degree top-down image. The cameras also negate the need for physical driving mirrors, with images projected in the HUD instead.

Demonstrated on a specially adapted Renault Twizy at CES2017, the technology can be applied to any new vehicle, while the whole system – from the HUD with AR to the eight cameras – runs from a single computer platform.

Says Andreas Heitmann, head of Panasonic’s Infotainment division in Europe, commented: “Every day on our roads, drivers are subjected to multiple distractions. At Panasonic we want to make the business of driving as enjoyable, safe and comfortable as possible, which is why we have developed this next-generation Head Up Display system.

“Paired with Augmented Reality and multiple cameras, its capability is enormous and it will make the lives of drivers much simpler and more enjoyable when behind the wheel.”