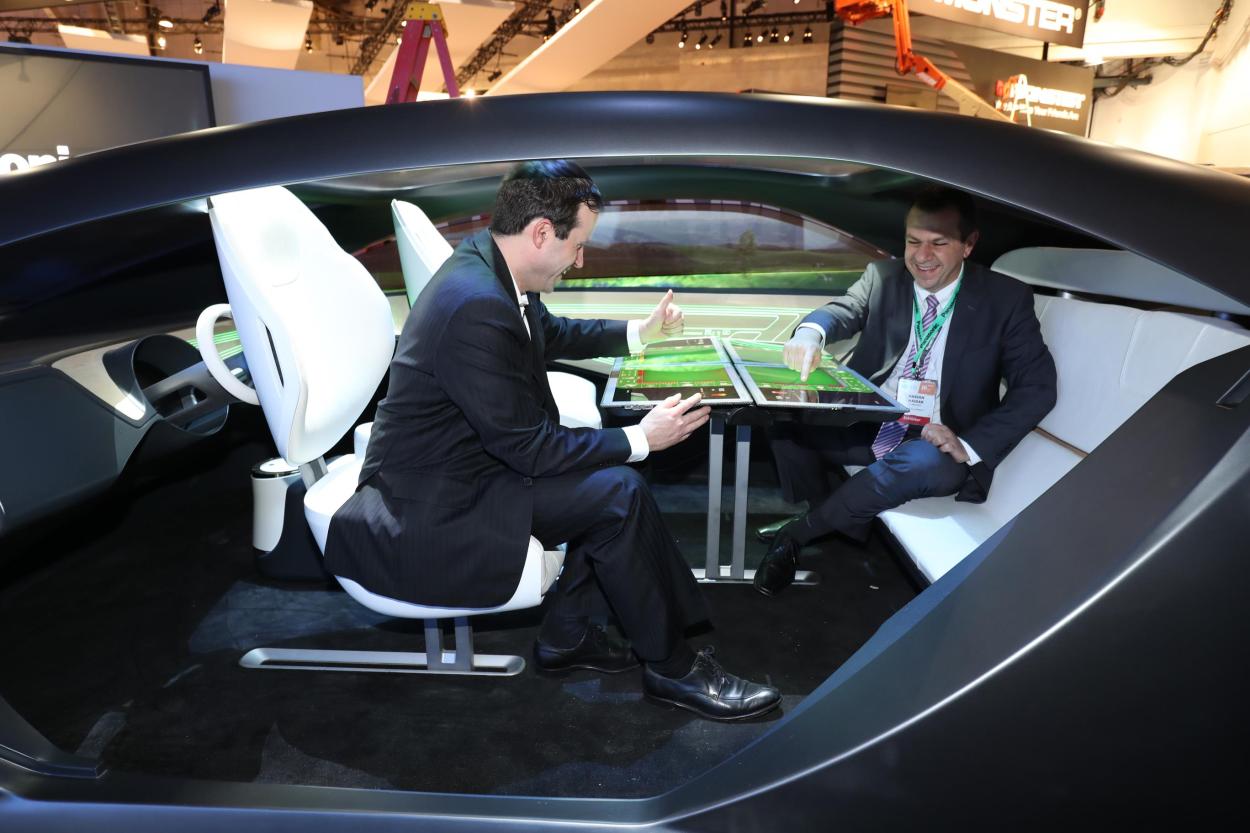 Forget driving. In the future we’ll all be playing cards or watching a 4K screen in the back of the vehicle with our friends while the intelligent car does all the hard work. Well maybe. Unveiled today at CES 2017 in Las Vegas is this Autonomous Cabin Concept from Panasonic.

Described as a ‘next-generation infotainment and connectivity expertise all wrapped up in a futuristic four-seater cabin full of surprise and delight features’, it follows on from Panasonic’s Advanced Cockpit Concept, was unveiled at last year’s CES.

Much of the technology that features on the Autonomous Cabin Concept is already in advanced stages. See below.

The four-seater Autonomous Cabin Concept has Connected Interactive Tables for all four occupants, each featuring a screen in 4K resolution that can be used as a touch display or a foldable table – or both.

Each Connected Interactive Table is highly versatile and can be moved into a number of positions, allowing occupants to face each other, sit side-by-side or combine all four tables as one giant interactive screened surface.

This provides the perfect multi-use platform, allowing families to watch their own content.

Panasonic has also designed a magic mug to work with the connected interactive tables (obviously the Autonomous Cabin Concept provides hot and cold drinks with an integrated coffee machine and fridge).

So, for example, when a mug is placed on the table, the screen display immediately moves so that vital information is still visible.

Working hand-in-hand with these tablets is a magic ring, a detachable circular controller device which, when placed on the Connected Interactive Tables, can be used to adjust a host of different settings such as the cabin temperature.

Occupants use the centre of the ring to select or confirm and in the film or to dim the light in the cabin.

In-car cameras also scan the faces of the occupants. The ‘driver’ is identified by Face Recognition. He or she is the only person who can fully control the car – for example to change the destination by updating the satellite navigation system. 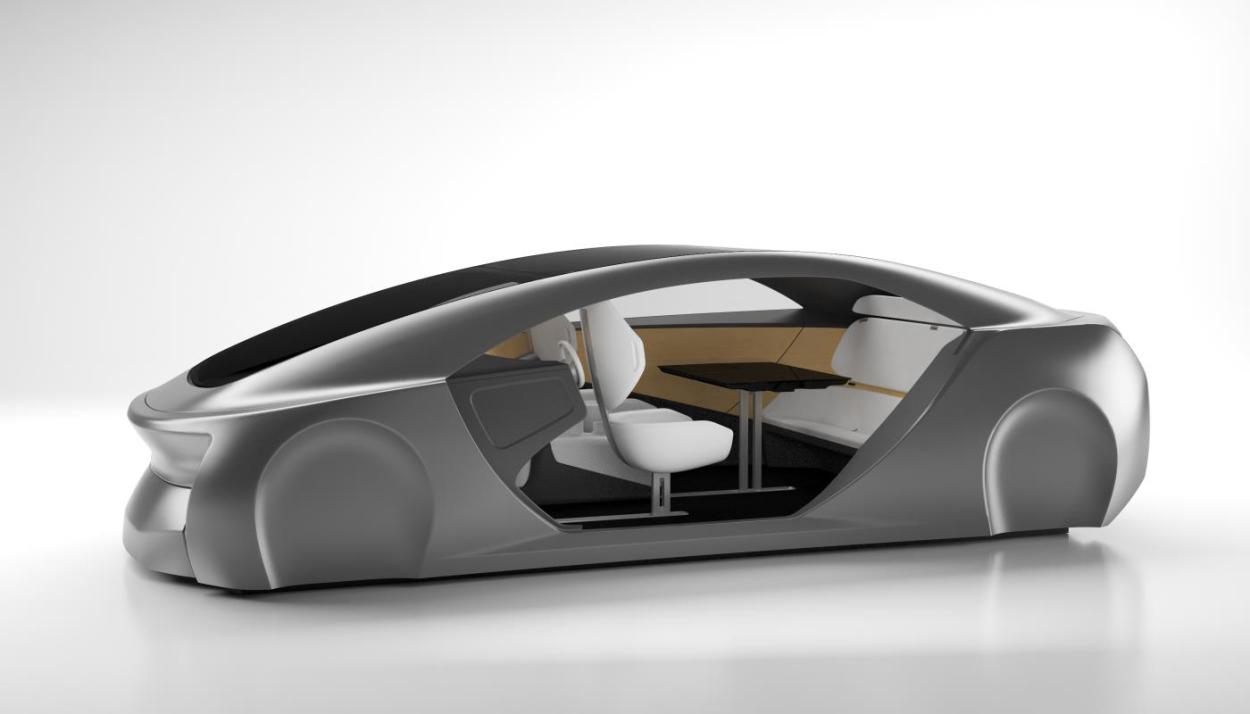 Thanks to Panasonic’s innovative Smart Material, interior surfaces can look like real wood and also display information. Alternatively they can provide mood lighting.

How do they work? The interior materials are made of resin with Panasonic’s Film-in-Molding technology, which makes it possible to create plastic parts that look and feel like real premium wood – or metal or leather.

Smart Material can then be backlit, creating new ways to illuminate a cabin, and also animated, allowing interior trim parts to be used as displays for safety or information purposes.

What’s more, thanks to transparent display surfaces bonded to the windows of the car, a whole host of information can be shown to the occupants inside the car while travelling, such as weather conditions at the destination.

Not only that, but the displays can augment real objects outside the vehicle. See a landmark go past the car and it is possible to bring up augmented information – and display it on the window in real time.

Of course, Panasonic believes that travelling should be as comfortable as possible – and that means occupants should have clean and odourless air!

As a result, the Autonomous Cabin Concept features an Air Purifier which uses Nano-e technology: nano-sized electrostatic water particles, which eliminate unpleasant odours and also suppress the formation of mold and allergens, keeping the cabin de-odorised and as clean as possible.

Each passenger also has a set of speakers built into his or her headrest, allowing personal audio content to be streamed directly to these spaces! Using next-generation noise-reduction technology, zones in the Autonomous Cabin Concept can suppress unwanted sounds, maximising comfort and each passenger’s enjoyment of their chosen music.

Says Andreas Heitmann, VP of Panasonic’s Infotainment division in Europe:
“Autonomous cars are set to become a huge part of our everyday lives, but hardly anyone has explored in depth just how the autonomous car can fit in with regular consumers – and make their lives better. That’s what the Autonomous Cabin Concept is all about.

“We are showing that thanks to Panasonic’s next-generation technology, taking a trip in an autonomous car will enrich our lives. Because we are not driving, we have more time to learn and enjoy ourselves. On a family trip, the fun starts as soon as the car journey begins, not when the family reaches their destination.

“As the automotive industry increasingly looks to autonomous solutions for mobility, we are uniquely placed to support it.  At the same time, our ethos is to provide systems and technologies that make mobility safer, more environmentally friendly, more comfortable and more enjoyable – and the Autonomous Cabin Concept does exactly that.”