One recurring meme in internet culture is to take the Disney Princess characters and “re-imagine” them in some way – such as giving them realistic features. It’s brilliant clickbait, as it takes a set of well known characters, adds a neat twist and makes them instantly shareable. 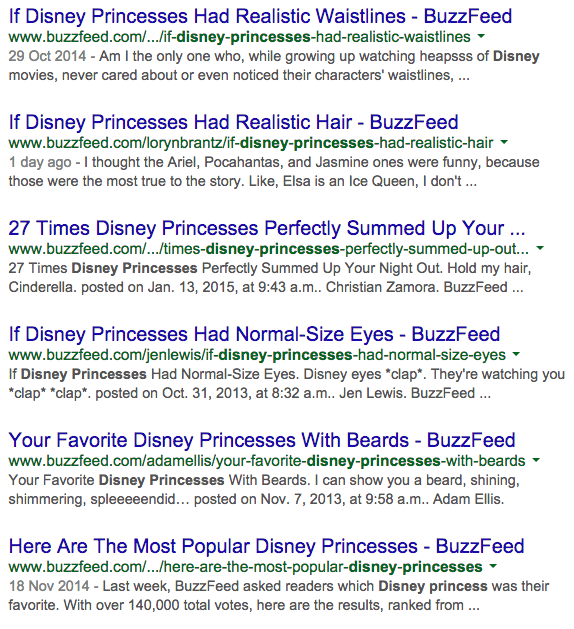 And this got us thinking: We want a piece of that action.

So given that TechDigest is a technology website, here are the Disney Princesses re-imagined as though they were mobile phones. The story of Cinderella is one of an unloved daughter being transformed to the point where she is desirable to a rich prince. Sounds familiar, right? HTC has always played second fiddle to other phones – with the rich elite always preferring Apple’s iPhone. Heck, even other Android phones – like ugly Android sisters, Galaxy S5 and Galaxy Note Edge belittled it. But then HTC came out with the HTC One M8 and was immediately catapulted to the top of the table. It became one of the most widely acclaimed phones out there – it shall go to the ball). The unfortunate thing about being so attractive is that others get intensely jealous. So much so that in the 1990s, a Huntsman named Windows was sent to finally kill Apple once and for all – but ultimately it couldn’t do it. As a result, ever since and evil Queen named Microsoft has been asking its Lumia on the wall “Who is the fairest one of all?”. Unfortunately the answer is still the very pretty, and ultra-desirable iPhone 6.

It was only when iPhone 6 fled to the woods that it met a group of consumers known as the Seven Demographics, who all had names that reflected a personal characteristics. Hipster, Executive, Journalist, Graduate, Affluent, Developer and Unbashful have all helped Apple maintain its position. Smart and understated, and loved by hideously ugly people, the Blackberry Classic is the perfect phone for a beast. Given how time has moved on and Blackberry is viewed as outdated, isn’t the Blackberry the perfect metaphor for it being what’s on the inside that counts?

Plus you’d have to be hallucinating talking candles before buying a Blackberry instead of an iPhone or Android device. A surprisingly retro entry now. Cursed with a terrible battery life, the HTC Desire HD will be quick to sleep if you try to run any high performance apps, like a spinning wheel simulator. An unexpected Chinese insurgent who joins the fight despite not traditionally being allowed. Just as Mulan had to dress up as a man to participate, the Xiaomi MI4 has to use unorthodox methods: It is only sold online directly, in order to keep costs low and to undercut competitors. For the Little Mermaid, there was really only one option: One of the few phones that could actually survive living under the sea. In this case, it is the Sony Xperia Z3, which has a sealed case so it will function just fine underwater – just like Aerial. Just don’t expect to use the touchscreen.

So what do you think? We’ve deliberately left a few Disney Princesses out as we’d like your suggestions. Which princesses match which phones? We’ll badly photoshop the best suggestions.

One thought on “What if the Disney Princesses were re-imagined as phones?”