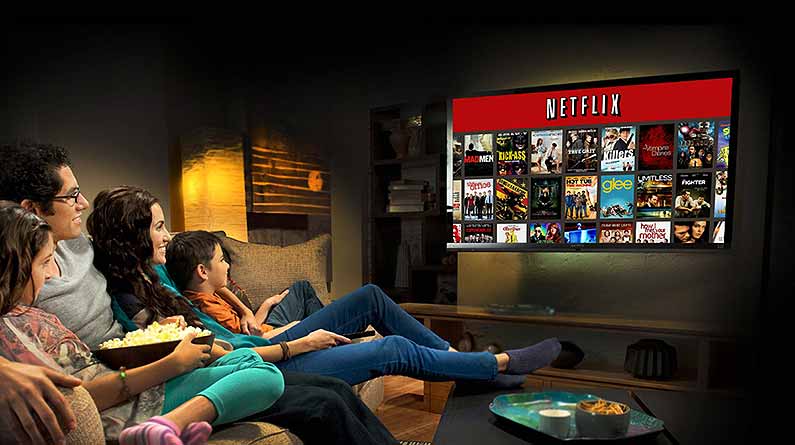 So Christmas is over and the new year has begun. The alcohol hangover may have gone, but the bank balance is still feeling the festive season pinch – making a trip to the cinema unlikely until payday. But entertainment help is at hand if you have Netflix – here are some of the best offerings right now. 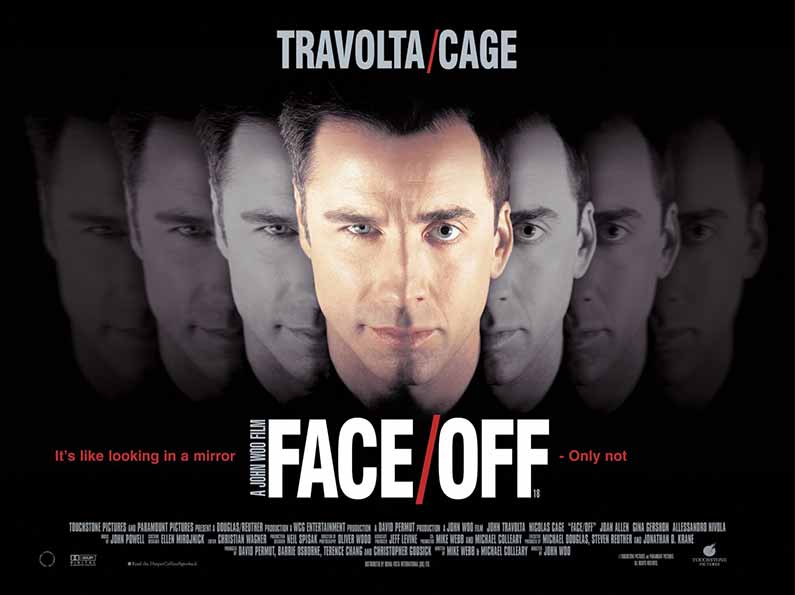 A sci-fi-ish thriller from Hong Kong maesto John Woo that sees stars Nicolas Cage and John Travolta have their faces surgically swapped and then proceed to do pretty passable imitations of each other for the rest of the film. It’s fun, it’s crazy and it’s very engaging. And it is probably the last great film from any of those three… 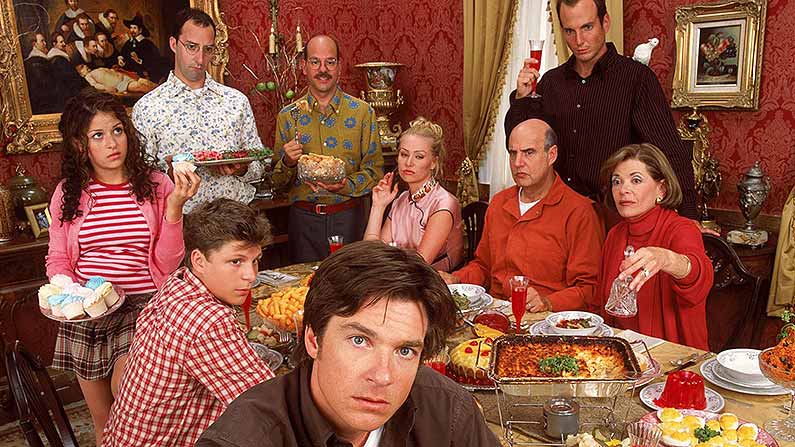 The clever cult comedy that made stars of Jason Bateman, Will Arnett and Michael Cera revolves around an eldest son who takes over the family business after the father is sent to prison. Arrested Development is narrated by Ron Howard and also stars Jeffrey Tambor, Jessica Walter, Portia de Rossi, Henry Winkler and Liza Minnelli, and has amazing rewatch value thanks to the densely-layered jokes. The fourth season was actually made as a Netflix exclusive. 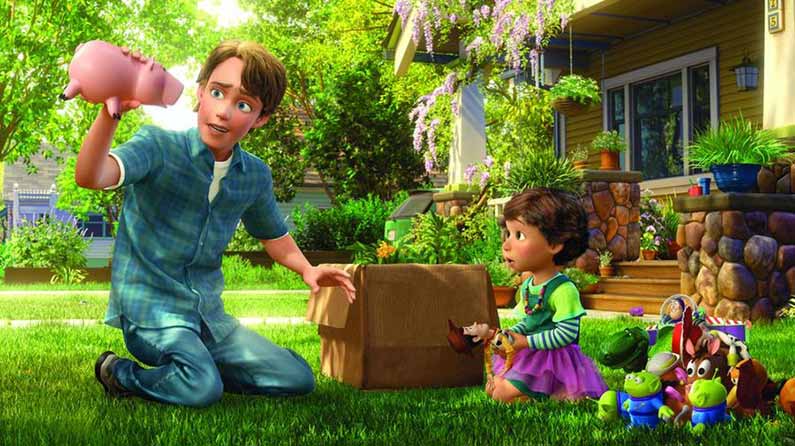 Possibly the most perfect film trilogy ever made, the Toy Story films put Pixar on the map. And Toy Story 3 rounded out the trilogy perfectly with a tale about the end of childhood and the horror that can accompany the discarding of childish things – for toys in particular. Any adult who is not in tears by the end simply has no soul. 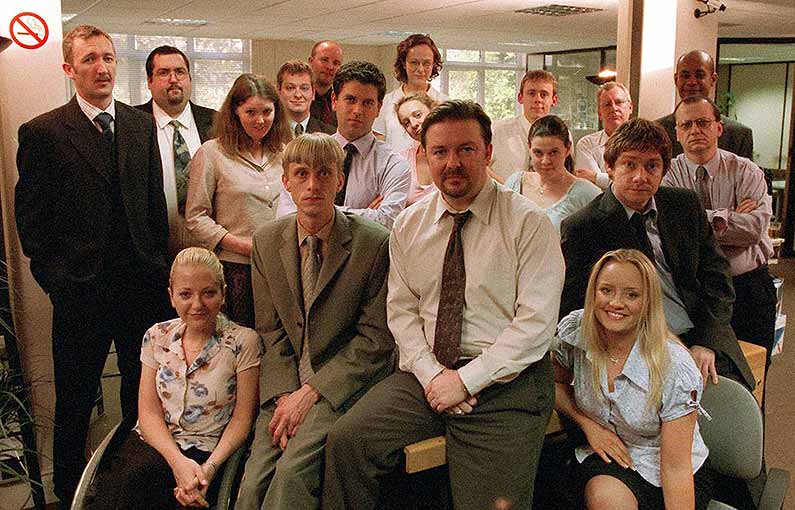 A fly-on-the-wall series set in a paper company’s office on an industrial park in Slough, The Office may be the best TV mockumentary ever made, and perfectly skewers middle management. It’s the show that made stars of Ricky Gervais and Stephen Merchant, which a lot of people are still quite upset about. 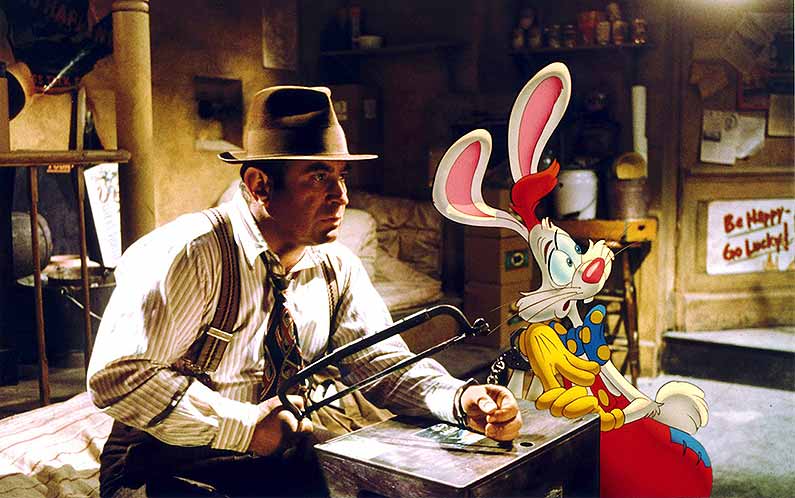 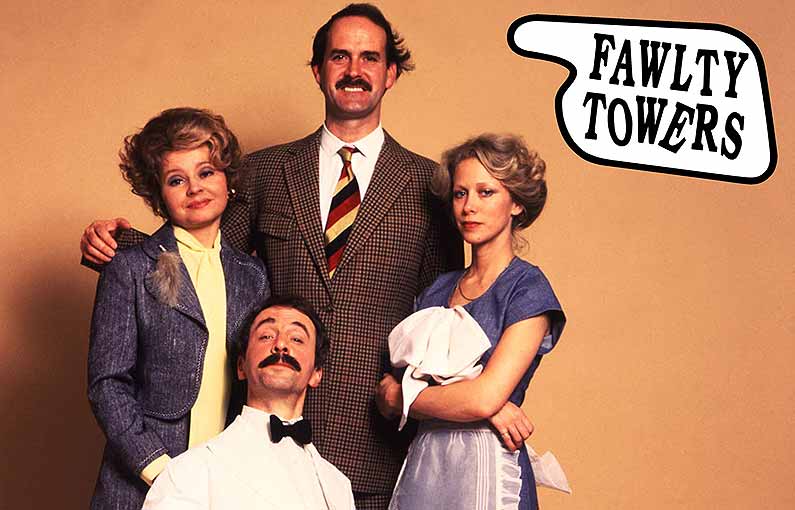 Just two series – a total of 12 episodes – were ever made of this absolutely perfect British sitcom, from the minds of former Python John Cleese and his then-wife Connie Booth. The trials and tribulations of Basil Fawlty – the henpecked, guest-hating, racist, snobbish, uptight, pompous, slightly mad and VERY British hotel owner who just can’t seem to get a break – will still make you laugh. And laugh. Just don’t mention the war … 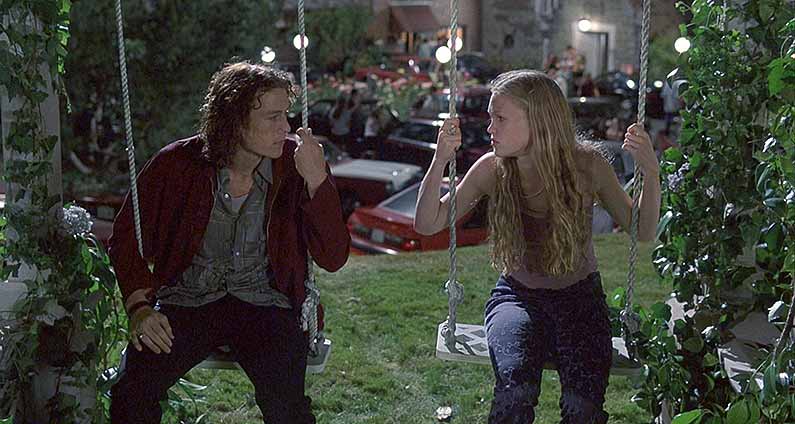 This modern-day retelling of Shakespeare’s The Taming of The Shrew was the US film debut for the late, great Aussie actor Heath Ledger. Strong performances from Ledger, Julia Styles and Joseph Gordon-Levitt, along with a clever script, elevate this high-school comedy-drama above the usual teen fare. 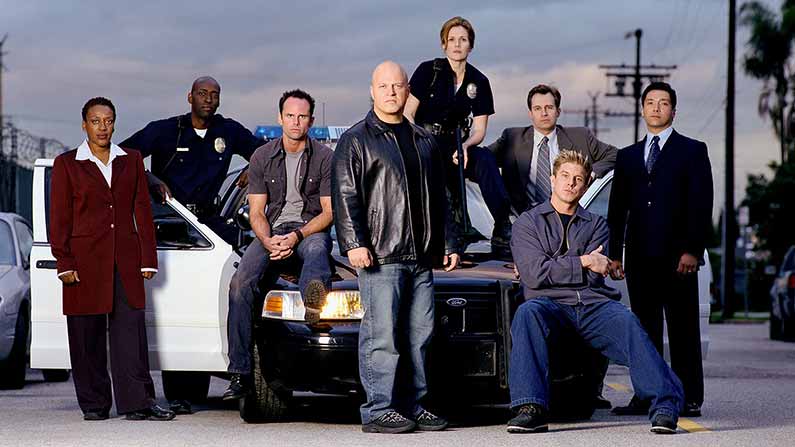 There’s loads of action, drama and even some laughs as dirty detective Vic Mackey (Michael Chiklis) and his anti-gang Strike Team try to clean up the mean streets of LA by any means necessary. Their motives may be pure, but their methods certainly are not. This critically-acclaimed cop show with a difference attracted guest stars of the calibre of Glenn Close, Forest Whitaker and Franka Potente, and it won a few Emmy and Golden Globe awards during its seven-season run. 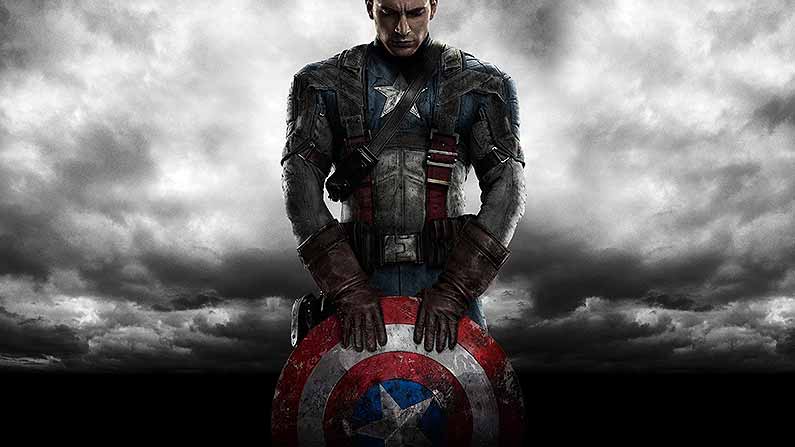 The first proper big-screen outing for the star-spangled super soldier is a lovely homage to the pulp fiction of the 1930s and ’40s, as well as being a first-rate comic book film and origin story. Marvel Studios have developed a knack for simply getting it right when it comes to adapting their comic book characters to the screen, and with Captain America: The First Avenger, the filmmakers are once again right on the money. Chris Evans plays Steve Rogers, a weedy but gung-ho Brooklynite keen to sign up for WWII to go and fight those evil Nazi bastards for his country; what a shame, though, that he’s 4F all the way. That is until clever boffin Dr Abraham Erskine (Stanley Tucci) taps Rogers up for some experimentation – with the help of Iron Man’s dad – and turns him into a muscle-bound super-soldier who is then set loose battling the evil Red Skull (Hugo Weaving). 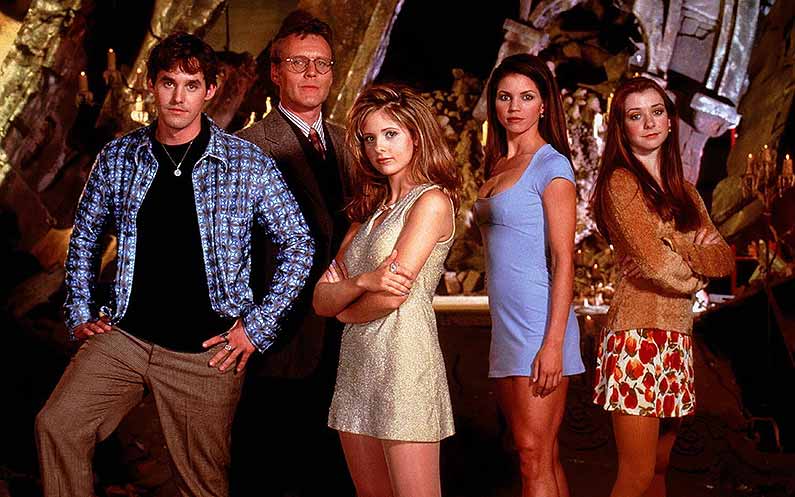 A not-so-great movie became a pretty awesome TV series thanks to the genius that is Joss Whedon taking control of his creation. And what a wonderful seven series we got. The vastly underrated Sarah Michelle Gellar plays Buffy Summers, the Chosen One – the latest in a long line of young women tasked with the mission of seeking out and destroying vampires, werewolves, demons and other forces of darkness. Buffy lives in Sunnydale, California – which happens to sit right on top of a hellmouth, a portal between Earth and Hell and a hotspot for supernatural activity. Which means she is kept VERY busy. Buffy the Vampire Slayer is an exciting, smart and very funny show that works as a metaphor for the horrors of high school and teenage life in general. And for a show with a supernatural theme, it has some of the most realistic and grounded characters ever seen on a TV series. It’s also strongly feminist, hugely entertaining … and often very moving. 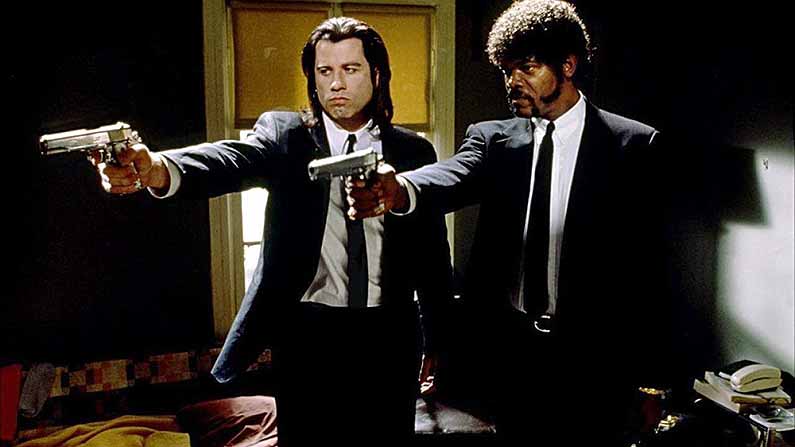 On its release, Pulp Fiction blew away the judges at Cannes, blew away the box office, and blew away audiences. It revived John Travolta’s flagging career, and cemented Quentin Tarantino’s reputation as a filmmaker to be reckoned with. For the very, very few who’ve never seen this classic ganster pastiche that smartly weaves three separate stories together, Pulp Fiction is the tale of hit men Vincent Vega (Travolta) and Jules Winnfield (Samuel L Jackson), who work for mob boss Marsellus Wallace (Ving Rhames), who’s married to the lovely Mia (Uma Thurman) and who has paid boxer Butch Coolidge (Bruce Willis) to throw his next fight. It may not sound engrossing, but it is – two-and-a-half hours of sharp dialogue, engaging characters and a killer soundtrack. Plus a structure that fully rewards repeat viewing. 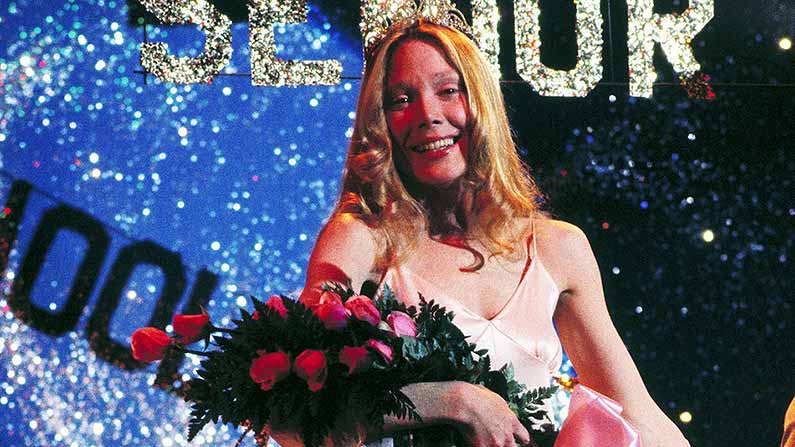 Based on the first novel published by storymeister Stephen King, Carrie is the tale of a timid girl – bullied at school and abused at home – who discovers that she has telekinetic abilities. A nasty prank at the high school prom tips her over the edge, and all hell breaks loose. The themes are universal and timeless: bullying and abuse. Also timeless are the central performances of Sissy Spacek and Piper Laurie, making the mother and daughter relationship at the core of this tale so utterly believable. It’s still a powerful horror film that is one of the best adaptations of a King story. Great direction from Brian De Palma and a striking score from Pino Donaggio (with a touch of Bernard Herrmann thrown in) make Carrie an absolute must-see if you have never caught it. Oh, and what an ending!