Cars are big at the Consumer Electronics Show in Las Vegas this year, and it’s not just the self-driving cars that are being touted. 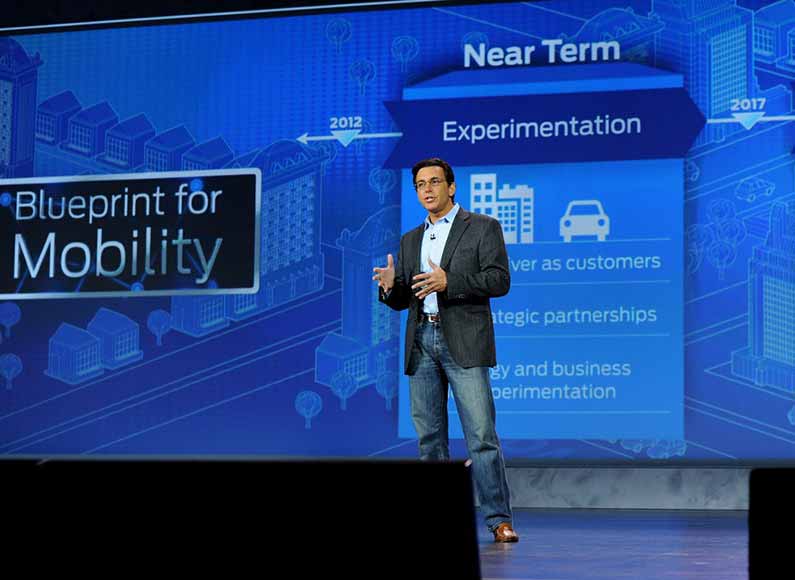 Both Ford and Hyundai have shown off a range of new in-car and semi-autonomous technology at the show – with Ford showcasing its Smart Mobility plan, which it says will take cars to the next level of connectivity and autonomy.

A press release from Ford said the big picture for Smart Mobility was to use innovation to create advanced new vehicles as well as to help change the way the world moved by solving global transportation challenges.

“Even as we showcase connected cars and share our plans for autonomous vehicles, we are here at CES with a higher purpose,” Ford CEO Mark Fields said.

“We are driving innovation in every part of our business to be both a product and mobility company – and, ultimately, to change the way the world moves just as our founder Henry Ford did 111 years ago.”

The experiments – nine in Europe and Africa, eight in North America, seven in Asia and one in South America – were designed “to anticipate what customers will want and need in tomorrow’s transportation ecosystem”.

“We see a world where vehicles talk to one another, drivers and vehicles communicate with the city infrastructure to relieve congestion, and people routinely share vehicles or multiple forms of transportation for their daily commute,” Fields said. “The experiments we’re undertaking today will lead to an all-new model of transportation and mobility within the next 10 years and beyond.”

London will be the site of several Ford pilot projects that will test different ways of alleviating congestion in dense urban areas, including car-sharing, parking, and shuttle service projects. 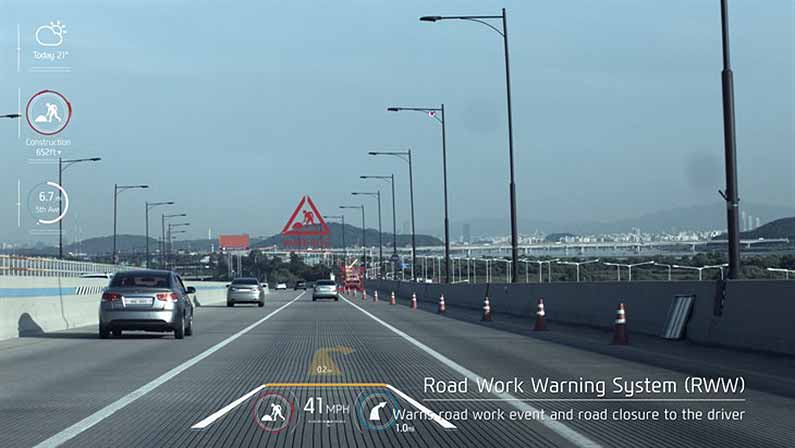 Meanwhile, Hyundai said that connected cars, voice recognition, hand gesture controls, wearable devices and smartphone apps were the technologies the company was is exploring to “improve the driving experience for customers”.

“This system presents even more driver information in the form of animations, which describe road conditions ahead. On the augmented reality HUD, drivers will see warnings when a car is about to unexpectedly enter their lane, arrows leading to exit ramps, highlighted street signs, Smart Cruise Control distance bars and one-way street markings,” the carmaker said in a press release.

“Hyundai has also linked the augmented HUD to a wearable band. This band will vibrate when the Lane Departure Warning System is activated or when the car is about to unexpectedly enter the driver’s lane. It is also a heart rate monitor that can notify 911 if a driver’s heart rate changes rapidly.”

One thought on “Ford, Hyundai show off in-car technology at CES 2015”